Carven designers Alexis Martial and Adrien Caillaudaud are departing their roles at the French fashion house. The designers, who arrived at the brand in March 2015, are leaving “by mutual agreement", according to a statement from the house.

The design duo have already shown their last collection for the fashion house - spring/summer 2017 - earlier this month at Paris Fashion Week. The brand stated that a new artistic director will be appointed in due course, although the time frame for this - or possible contenders - is currently unknown. Martial and Caillaudaud's next moves are also unclear at this stage.
Carven Spring/Summer 2017 Ready-To-Wear 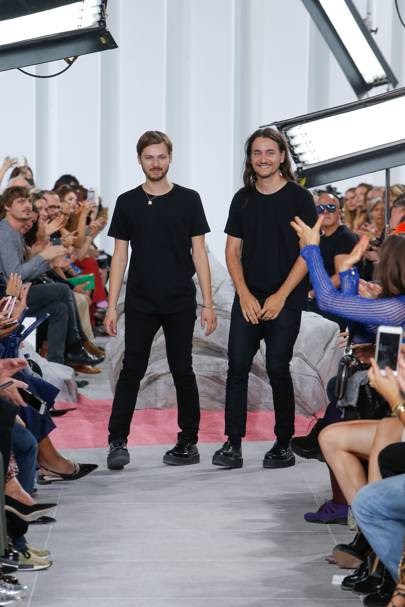 The news comes in the same fortnight that Peter Dundas stepped down as creative director at Roberto Cavalli, and Consuelo Castiglioni parted ways with Marni, the label she founded, after 22 years.