Peter Dundas is parting ways with Roberto Cavalli, it has been announced today, having shown his final collection for the brand during Milan Fashion Week last month.

“I want to thank Roberto Cavalli and the group for this valuable experience and wish them success in their future endeavours,” the designer, who was appointed creative director of the Italian fashion house in March 2015, said of his exit, reports WWD. 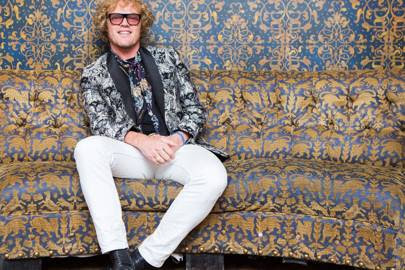 “On behalf of Roberto Cavalli and our shareholders, we thank Peter Dundas for his contribution to the brand, and we wish him well for his future,” said Gian Giacomo Ferraris, chief executive officer of the group. “As Roberto Cavalli goes through a period of transformation, the design team will carry on and the appointment of a new creative director will be made in due course.”

Prior to taking the helm at Roberto Cavalli last year, Norwegian-born Dundas had worked as head designer for the label between 2002 and 2005, before becoming the creative director at Emilio Pucci in 2008.

Posted by FASHIONmode News at 11:17 AM