After working with Mario Testino exclusively for over a decade, Michael Kors has enlisted three new photographers to represent his brand vision for autumn/winter 2018: Inez van Lamsweerde and Vinoodh Matadin for Michael Kors Collection and Lachlan Bailey for Michael Michael Kors.

Binx is the epitome of today’s woman,” Michael Kors tells Vogue of enlisting American model Binx Walton as his Michael Kors Collection autumn/winter 2018 campaign star. “Her attitude and style personify modern laid-back luxury – she is strong and a bit of a tomboy.” 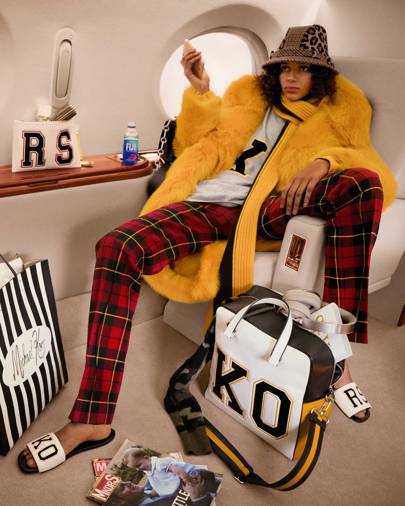 Shot by Inez van Lamsweerde and Vinoodh Matadin, the series of photographs captures Walton reclining in a private jet wearing the eclectic mash-up of prints that make up his latest Michael Kors Collection designs, which celebrates the “joy of fashion”. The mood is jet-set glamour, combining both Kors’s and his collaborators’ love of travel in an intimate setting.

“I love to collaborate with creative people to see how they interpret my design vision,” Kors says. “Inez and Vinoodh’s photos captured the modern jet setter at her most laid back. I wanted the photos to have an eclectic spirit, which reflects my fall runway show.”

The collaboration with the Dutch photography duo was born out of necessity. Prior to the autumn/winter 2018 season, Mario Testino had exclusively shot the brand's campaigns for 14 years. The day before the New York Times reported the sexual assault allegations against Testino, amongst other high-profile photographers, Kors issued a statement ending his professional relationship with Testino, and began quietly putting a new creative marketing team together. 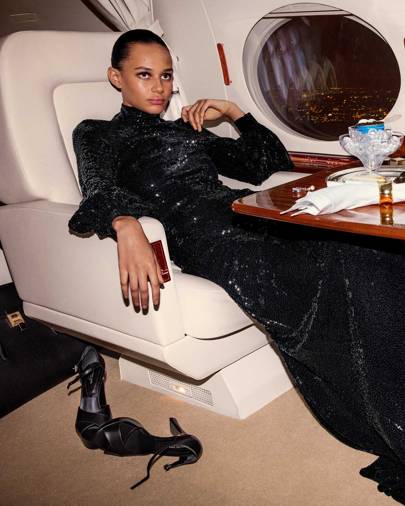 For his Michael Michael Kors and Michael Kors Mens collections, he looked to New York-based photographer Lachlan Bailey. “The idea was to capture caught-in-the-moment images on the streets of the city,” he says of the scenes of models Andreea Diaconu and Baptiste Radufe stopping for coffee in the Upper East Side and strolling through Central Park. “My customers live a fast-paced urban life and Lachlan is great at capturing these moments."

If Kors has been busy behind the scenes making changes, the campaigns are true to the Michael Kors DNA: globe-trotting and unapologetically glossy. So, if 2018 is shaping up to be jet-set business as usual, what are Kors's own travel essentials? “My iPad, the latest biography, a pair of aviators, Bain de Soleil Transpare spray and a black cashmere crewneck for the flight,” he shares.

Posted by FASHIONmode News at 9:17 AM