Westwood: Punk, Icon, Activist, a feature-length film celebrating the artistry, activism and cultural significance of Vivienne Westwood, is slated for release in the spring of 2018.

Directed by Lorna Tucker, who has previously produced short films for Westwood, as well as for high-profile brands such as Nike and Alexander McQueen, the Vivienne Westwood documentary will feature interviews with Westwood’s collaborators, friends and family, including her son Joseph Corré. 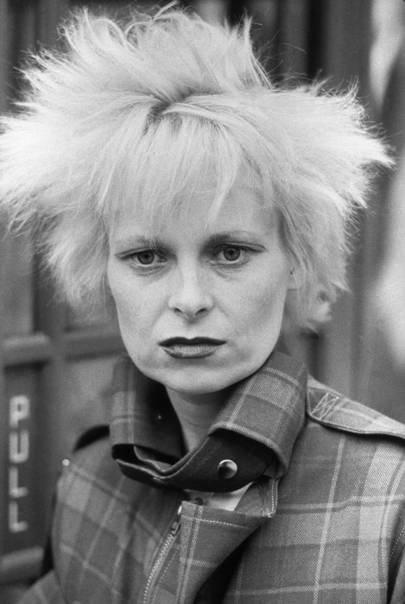 Tucker will marry new footage with old archival shots to convey the artist’s steadfast path to success, her chaotic creative world and well-documented relationship with Malcolm McLaren in the Seventies.

Dogwoof, the leading film distributor in the UK, is known for championing critically-acclaimed documentaries, with Dries, Bill Cunningham New Yorkand Dior & I previous success stories in its archive. Westwood: Punk, Icon, Activist is up for the World Cinema Documentary Competition at the 2018 Sundance Film Festival, which will take place on January 20th.
Posted by FASHIONmode News at 11:37 AM