Is Adriana Lima Hanging Up Her Wings?

Adriana Lima, the longest-serving Victoria’s Secret Angel, has announced that she will no longer take off her clothes "for an empty cause”.

The Brazilian model took to Instagram to vocalise her opinion on society’s expectations for women to look a certain way. "I am tired of the impositions," she shared, "we can't [continue] living in a world with such superficial values, it's not fair."

Her epiphany came after a friend expressed dissatisfaction with her body. “It made me think,” Lima wrote, “that every day in my life, I wake up thinking, how do I look? Was I going to be accepted in my job? And in that moment, I realised that majority of woman probably wake up every morning trying to fit in a stereotype that society / social media / fashion etc. imposed.” 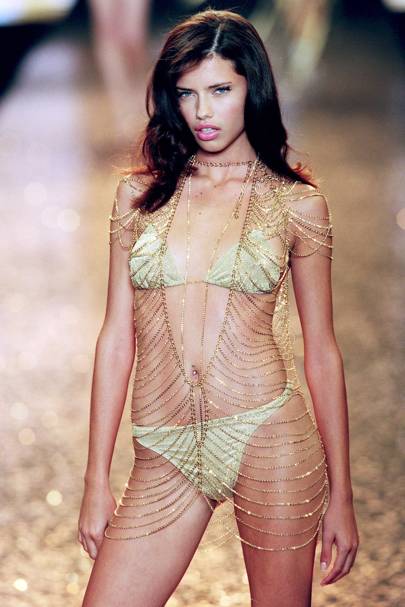 Though the 36-year-old mother-of-two told People in September that her plan was “to stay [at Victoria’s Secret] as long as my body allows me, at least until I am 40, so that’s four or so more years,” her social declaration would suggest otherwise. “I will make [a] change… I will start with me,” she said.

Commenters on her social letter have raised the point that she seems to have unfollowed many of the Victoria's Secret Angels and senior creative Ed Razek, however Lima does not directly mention the brand. Her parting message "#Embraceyouself #natureisbeautiful #naturalissexy" suggests a shift away from the bombshell persona she has to adhere to as an ambassador, while a decision to leave the brand would see the lingerie giant lose two of its most-famous models this year.

Fellow Brazilian model and friend Alessandra Ambrosio hung up her wings after the 2017 Shanghai catwalk spectacular in order to focus on her swimsuit line, Ale by Alessandra, and build her acting career, something that Lima has also hinted at in the past.

Posted by FASHIONmode News at 11:22 AM