The Scottish designer, who closed his eponymous label in December 2015, joined DVF in May 2016, and lent his famed flair for print to all product categories.

His resignation is effective immediately, making Saunders’s pre-fall 2018 collection, which was inspired by Michelangelo Antonioni’s Zabriskie Pointand presented earlier this month, his last collection for the brand.

“I am grateful for Diane’s support and for the opportunity of guiding this iconic brand. I am so proud of everything we have accomplished in the past 18 months,” Saunders said in a statement. “I thank the incredible team for their dedication and support, and will continue to be a friend and admirer of the brand.”

Von Furstenberg added: “I am so thankful for Jonathan’s beautiful work and the effort and dedication he has put into DVF in the last 18 months. He will leave an important and lasting heritage to the brand.” 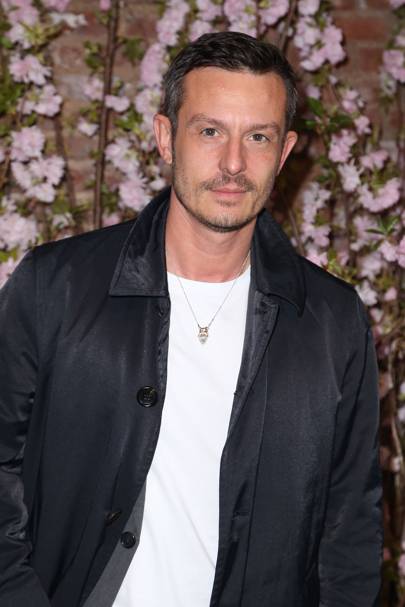 Though Von Furstenberg had brought in creative talents before, hiring Saunders allowed her to step back from the day-to-day duties of a creative director. “Until [then], this brand was so much about me and my life, and all of that, which has positives and negatives,” the Belgian-American designer told WWD in 2016. “The positive is that it has a uniqueness and an authenticity. People are always saying, ‘We need authenticity.’ Well, I had too much authenticity. It’s a matter of combining it all and making sense so that it will last.”#SuzyNYFW: DVF has found a kindred spirit

After viewing the Warhol-inspired spring/summer 2018 collection, Suzy Menkes reported that Von Furstenberg seemed to have found a kindred spirit in Saunders, and that in an era where many houses were handing the creative baton to new designers, Saunders had integrated himself in DVF's DNA. “The brand was founded in such an incredible decade, in such an incredible city, at that moment where all of these creatives were creating so many wonderful things – how could you not have all these references to go from?” Saunders said of the collection, which he found "wonderful to work on".

The news comes days after Von Furstenberg announced that she plans to sell a stake in her company, which has been without a chief executive officer since November 2016, when Paolo Riva parted ways with DVF.

Posted by FASHIONmode News at 11:35 AM