Lady Gaga is confirmed to perform at this year's Victoria's Secret show, the lingerie label said this afternoon. The singer, who has had an incredibly successful year, will take to the stage in Paris later this month in addition to Bruno Mars and The Weeknd.

While The Weeknd and Mars have both performed at the show before (in 2015 and 2012 respectively), it will be Gaga's first time sharing the stage with the Angels. She has, however, had plenty of experience of large-scale events. This year alone she has opened the Superbowl by singing the American National Anthem, an event that she was later confirmed to be headlining in 2017, while her performance of 'Til It Happens To You at this year's Academy Awards was hailed as one of the most powerful moments of the Oscars. 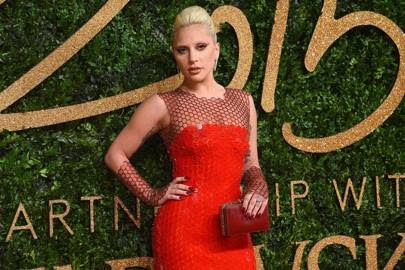 Having just released her fifth studio album, Joanne, Gaga will no doubt be singing one of her current or future hits from the record as this year's models - including Gigi and Bella Hadid - parade the elaborate costumes from this year's show, although the brand is yet to reveal the its full model line-up.

Last week it confirmed that the wearer of this year's Fantasy Bra, which is worth $3 million, will be Jasmine Tookes, releasing a video of her reaction to fans.

Posted by FASHIONmode News at 10:54 AM