London College of Fashion has revealed the winners of its UN Orange Label Project this morning, an initiative that was set up in collaboration with the UN Trust Fund to raise awareness about the importance of ending violence against women.

One of a number of activities that have been arranged to commemorate the 20th anniversary of the UN Trust Fund To End Violence Against Women, LCF's Orange Label Project was designed to create a positive way to engage young audiences with the issue. Fashion students from institutions across the globe took on the brief, which was to produce a piece of work that communicated the message "No to violence against women", in categories including beauty, journalism, design, photography, film and illustration. The only stipulations were that entries had to include the colour orange and "exemplify and personify anti-violence" messages. 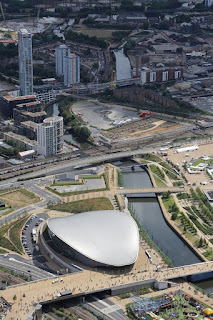 "Something that we feel very strongly about at the college, and something I have always tried to instigate in my time here, is that fashion is more than just the clothes that we wear and can be used as a force for change," Frances Corner, head of LCF and pro-vice chancellor of UAL, told us. "In this way, we want to use fashion to raise awareness of violence against women and girls as a global pandemic, and to challenge the narratives currently in existence in the fashion industry. What impressed me the most about the student competition was the positivity of the entries. The idea was to celebrate 20 years of the UN Trust Fund, so it wasn’t designed to highlight individual stories, or use shock tactics. The students took an ideal and made it come alive, they illustrated a world of equality where their subjects were truly empowered."

"At LCF we have 85 per cent female students who are going out as young graduates into the industry, and if we can work with them at this stage to make them aware of this problem then we can make a long-term change. And it’s not just about the women, it’s about the men too – so sharing the project globally maximises its reach."

See the winning entries, each of which was awarded £500 and the opportunity to be shown on the LCF website and Showstudio.com.