Francesco Fucci is the new creative director of Theory womenswear. Spring pre-collection 2018 will be his first collection, in which, he tells Vogue exclusively, he “sought to return to the roots of the brand and create a new glossary of garments that could contribute to the evolution of what the Theory woman stands for today".

Within this “glossary”, Fucci has perfected the original trousers, jacket and shirt that Theory started two decades ago, when the brand was co-founded by Andrew Rosen in 1997. Indeed, Fucci is well-placed to reimagine Theory’s precise tailoring and luxurious workwear having spent the last five years as head designer at The Row. 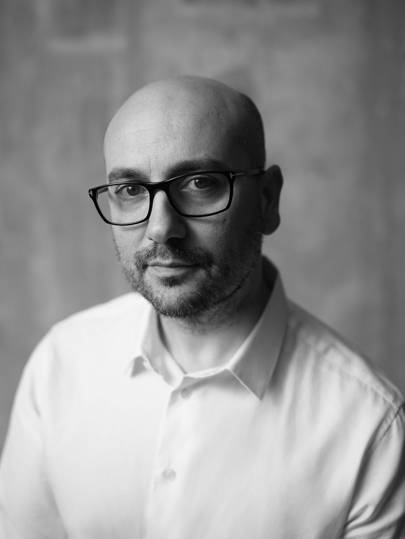 Prior to his tenure under Mary-Kate and Ashley Olsen’s luxury fashion house, he held the position of senior design director at Diane von Furstenberg, and worked under Francisco Costa at Calvin Klein when he first moved to New York in 2008.

Originally from the Italian village of Santa Maria a Vico, Fucci studied pattern making in Naples, before going on to do apprenticeships in both Milan (under Lawrence Steele) and Paris (at Maison Hurel, Maison Lesage and Maison Michel) before climbing the career ladder in New York.

Posted by FASHIONmode News at 10:43 AM