Following its announcement in March that it would be launching its first multi-brand e-commerce platform, LVMH has revealed more details about the ambitious and highly anticipated launch.

The new site for Le Bon Marché - the luxury department store that the French conglomerate owns - will be called 24Sevres.com, after its Paris address (24 rue de Sèvres) and will be open for business in the second week of June. It will initially focus on womenswear; ship to 75 countries; offer exclusives from 68 brands for the launch; and will sell more than 150 brands, approximately 30 of which will be LVMH-owned, including Dior and Louis Vuitton, marking the first time that the two brands will be available in a multi-brand online platform.

“Our clients are highly sophisticated and always in search of creativity and innovation," said Bernard Arnault, chairman and CEO of LVMH. "With the launch of 24 Sèvres, we are offering them a truly differentiated online experience built on our unique expertise at Le Bon Marché in Paris. Shopping at Le Bon Marché is a special and unmissable experience for both local and international clienteles. With 24 Sèvres, our clients can now enjoy this unique feeling every day and night, worldwide.”

It will also be a hub for moving image and innovative visual merchandising (such as on-the-spot, video styling consultations), rather than focus on editorial content, as with many competitors including Net-a-Porter, Style.com, and Matchesfashion.com, Farfetch.com. For chief digital officer Ian Rogers (for whom 24 Sèvres is his first major project for LVMH since he was headhunted from Apple 18 months ago), this is a key point of difference. 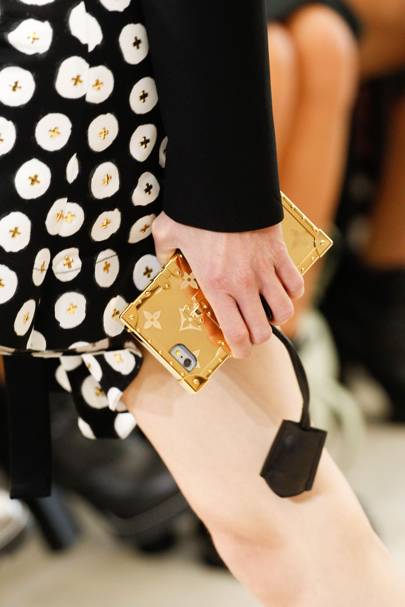 "The move toward social-media platforms like Instagram and Snapchat comes hand-in-hand with the rise of the internet as a more visual medium and of mobile domination," he told The New York Times. "If you look at our site, we lean far further toward visually-led merchandising than the more editorial skew of our competitors."

As for joining said online luxury competitors, Rogers is confident that with the move by many brands towards omnichannel experiences (a much debated topic at this year's Condé Nast International Luxury Conference), the time is perfect to strike.

"We don't want to be early adopters. We have been before and we paid the price for that," he said, referring to LVMH's former venture into e-commerce with eLuxury.com which closed in 2009. "When it comes to the internet specifically there isn't necessarily a reward for being first. There is, however, currently a major focus on omnichannel and experience, and we are moving from a mass culture to a mass of niches. If there is quality in what you do, you're not threatened. Timing-wise, this is exactly where LVMH wants to be."
Posted by FASHIONmode News at 2:01 PM