Inside The Fashion Awards 2016: What You Didn't See

That this year’s Fashion Awards (they’ve dropped the British) was of a different class became abundantly clear upon our arrival at the Royal Albert Hall. An oceanic red carpet and a glittering sun, studded with 8,000 Swarovski crystals and so enormous it would make a Pagan blush, greeted attendees as light streamed out from the Italianate columns of London’s most magnificent concert hall. Revamp? This was more a total overhaul of the British Fashion Council’s annual awards ceremony, glammed up to the nines and heaving with the A-list. 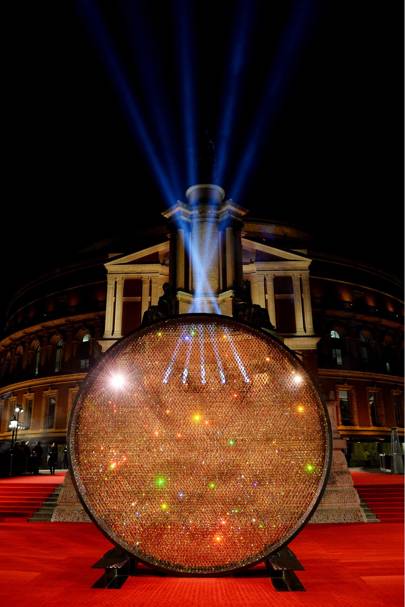 Once inside the auditorium, we were greeted by a furniture village of perfectly dusty pink velvet sofas positioned around tables littered with tulips, crimson roses, sparkling Swarovski sculptures and candles giving off an orange glow. Touché, Dame Natalie Massenet, we thought: until we bumped into Derek Blasberg, resplendent in…a dusty pink velvet smoking jacket. “I’m gonna be swallowed by the sofa,” he bemoaned. “Shame Natalie has such good taste.” Despite having just flown in from Miami’s Art Basel – “where the art was really not the main event” – to spend one night in London before heading to Paris for Chanel, everyone’s favourite gold-skinned Instagram king looked immaculate. Is there any down time in the diary? “Christmas with my parents,” he smiled. 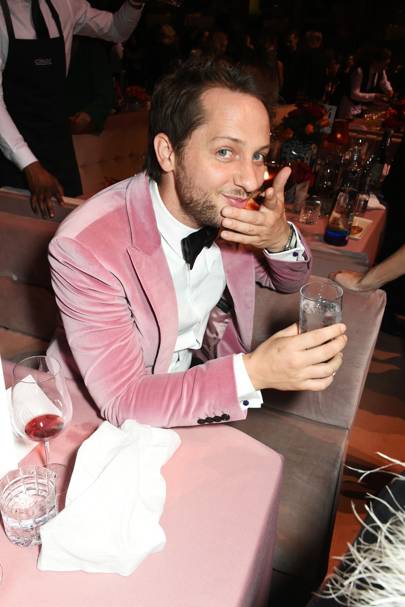 Onwards, in search of a martini, and who should prove an able guide but Marilyn Manson? “The alcohol’s over there,” the self-styled Mephistopheles of Los Angeles murmured, poking our arm and gesturing towards the impressive selection of tipples in the sunken bar of a nearby dining table. “Unfortunately I don’t have the shrapnel to help you open it.” No matter; ten minutes later we had a perfectly mixed Vesper and were clinking glasses with Anya Hindmarch, claiming to be still recovering from her annual Christmas party the night before, but looking remarkably perky all the same.

A brief hello with Molly Goddard, nervily awaiting the announcement of the British Emerging Designer Talent award (update: she won!) and an admiring glance at Jared Leto’s wicked Gucci cloak (his bromance with the house’s Alessandro Michele shows no signs of cooling) and it was time to sit down. As we tucked into venison carpaccio and white pizza, talk centred on whether Lady Gaga would sing (she didn’t) and if Demna Gvasalia would show up (he did). 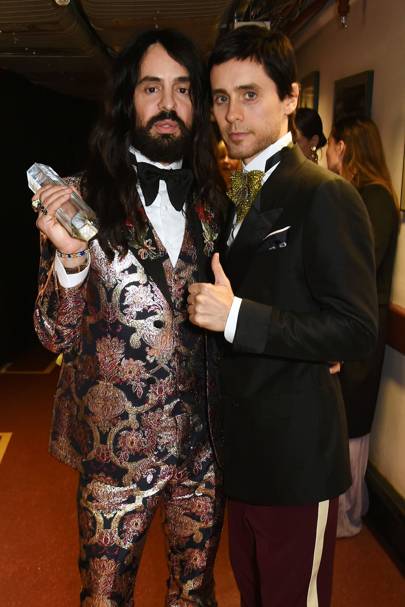 The latter was a relief; as an agitator, some speculated Gvasalia would eschew the 4,000-strong awards ceremony, but thankfully he even made a brief speech when he appeared on stage, cap pulled down low to obscure his face, to accept the award for International Urban Luxury Brand from his good friend – and now ours – Marilyn Manson. And as he claimed his second award, for International Ready-To-Wear Designer for his work at Balenciaga, the potency of his work was in evidence thanks to Stella Tennant. The model presented him with his award in Balenciaga’s spring/summer 2017 Spandex legging-boots. Tennant is 45. She looked banging. That’s fashion.

Posted by FASHIONmode News at 2:28 PM