Victoria Beckham Anya Hindmarch and Anna Wintour are among those to be recognised in the Queen’s New Year Honours list.

Beckham receives an OBE for services to the fashion industry, 13 years after her husband, David Beckham, was awarded his title. Anya Hindmarch is appointed CBE, following on from her MBE in 2009. 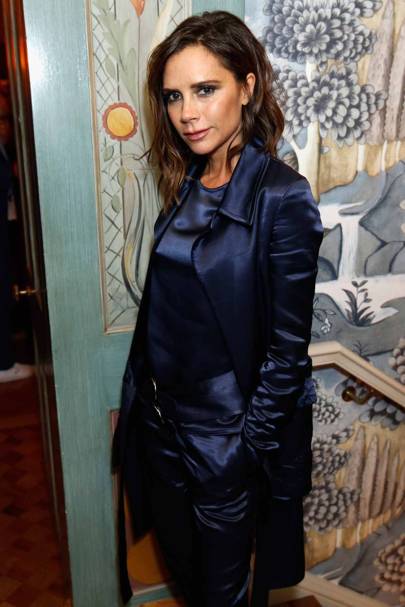 American Vogue editor-in-chief Anna Wintour has been awarded a Damehood, so too have Olympians Jessica Ennis-Hill and rower Katherine Grainger. Andy Murray and Mo Farah are among those receiving Knighthoods.

In entertainment, actresses Naomie Harris and Helen McCrory have both been named OBE. Wolf Hall actor Mark Rylance - who won an Oscar this year for his role in Tom Hanks-led film Bridge of Spies - has been awarded a Knighthood, as has Kinks frontman Ray Davies for their services to hospitality, Soho House founder Nick Jones and restauranteur Mark Hix have also been appointed MBE.

Posted by FASHIONmode News at 1:32 PM