Tamara Mellon has filed a lawsuit against Jimmy Choo, the company that she co-founded in the mid-Nineties.

In the civil suit, she alleges that her former employer “set out to punish her by effectively helping themselves to an indefinite ‘extension’ of the one year non-compete provision,” after she launched her own brand, reports People.

The complaint, which was made in a New York state court last week, claims that Jimmy Choo threatened to remove its business from shoe manufacturers if they worked with Mellon or any brand affiliated with her, The Business of Fashion reported. The designer - who left the label in 2011 and insists that she adhered to a one-year non-compete agreement before starting her own business in 2013 - asserted that this resulted in these footwear factories boycotting her new brand. 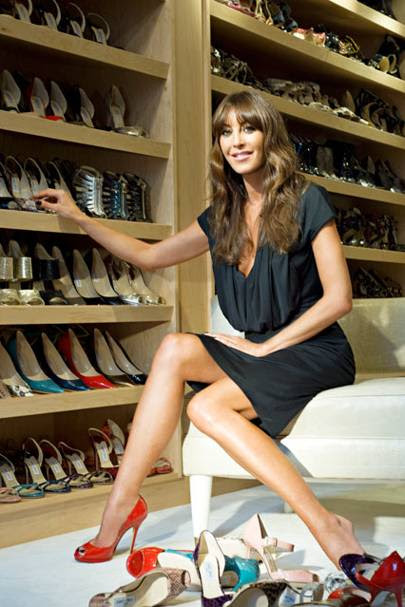 Tamara Mellon Brand LLC filed for bankruptcy at the end of last year which, according to Mellon, was due to Jimmy Choo's interference. In January, she emerged from a 60-day period of Chapter 11 bankruptcy protection, putting her label back on the fashion landscape.

Speaking to us this morning, a representative for Jimmy Choo said: "This case is without merit and will be vigorously contested.” Tamara Mellon has been contacted for comment.

Posted by FASHIONmode News at 1:29 PM