Björk’s Summer Festival Style Is As Unconventional As Ever

When attending a Björk gig, expect the unexpected. The legendary Icelandic musician is currently touring Europe as part of her Orkestral tour, which sees her play with a different local orchestra and choir every night, reinventing some of her most beloved songs along the way – and at her latest stop in Manchester, she enlisted the city’s celebrated Hallé symphony orchestra to do the honours.

But when playing the city’s Bluedot Festival last night – billed as an “intergalactic festival of music, science, arts, culture and the exploration of space,” which already sounds perfectly Björkian – her willingness to defy expectation didn’t just end with the music. A heatwave may have gripped the UK over the past week, but that didn’t stop Björk from wearing a dramatic hooded puffer gown from Pierpaolo Piccioli’s autumn/winter 2019 collection for Moncler’s Genius project, featuring bold orange and white that seemed to pay (very event-appropriate) homage to space suits. 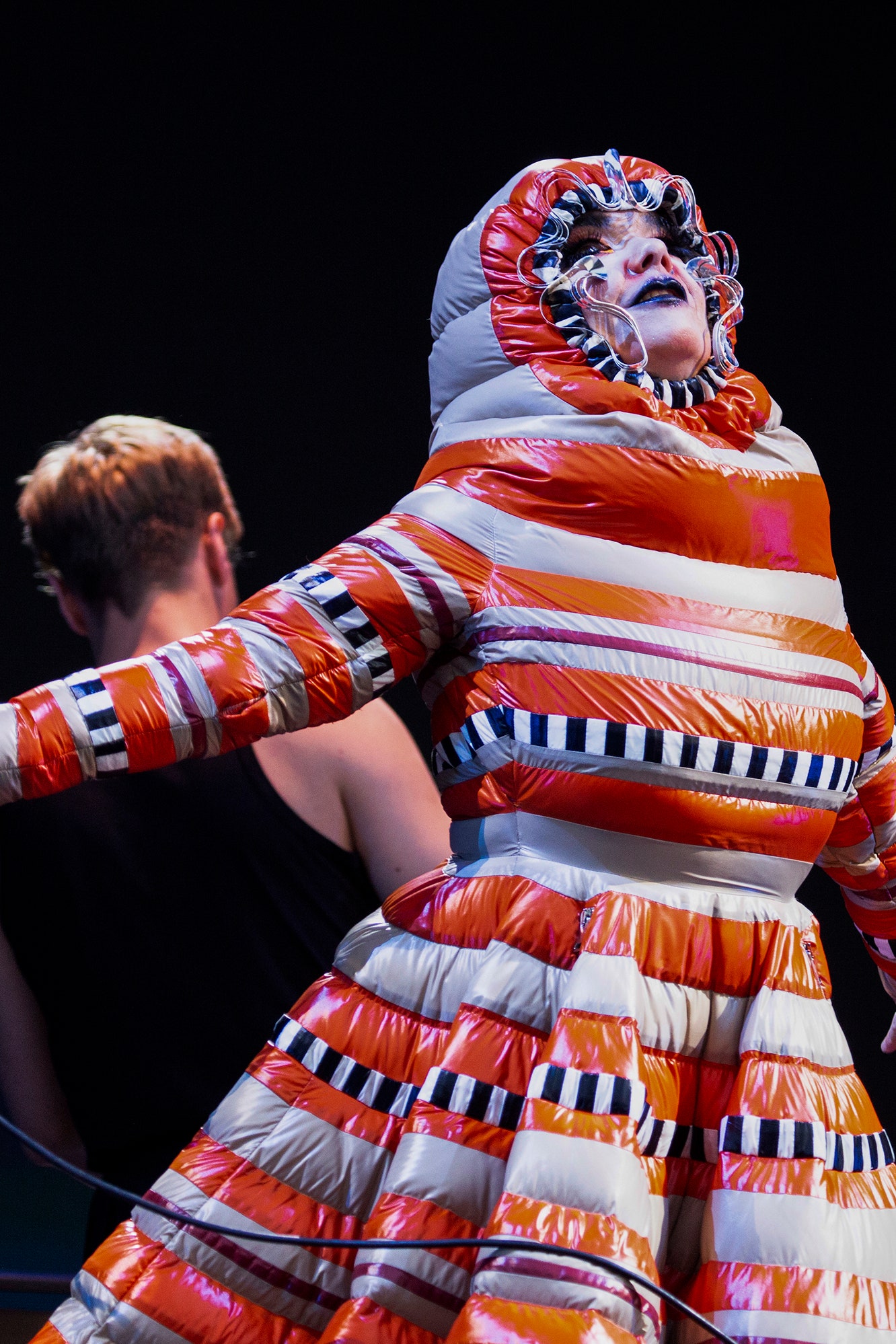 While Björk’s magpie eye for avant-garde fashion has seen her become a muse to the likes of Alexander McQueen, Hussein Chalayan and Iris van Herpen, the typically private star has dipped her toe into some of the most cutting-edge labels of the moment with the help of her long-time stylist Edda Gudmundsdottir for a recent spate of appearances. Most notable, perhaps, was the blood-red Loewe gown by Jonathan Anderson she wore to the Reykjavik premiere of The Northman back in April, which marked her first red carpet appearance in 10 years.

This is not the first time she’s worn Piccioli’s designs, having worn a series of ravishing Valentino gowns over the course of her current tour, alongside pieces by Rick Owens, Noir Kei Ninomiya and Balenciaga. To give her look that final lift-off, Björk enlisted the help of her co-creative director James Merry, whose intricate handmade masks have become something of a signature for the musician, as well as contrasting orange eyeliner and a glittery blue lip to add a touch of extraterrestrial sparkle, courtesy of the make-up artist Johannes Jaruraak (AKA Hungry). And as for her apparent immunity to the heat? There has always been something a little otherworldly about Björk.
Posted by FASHIONmode News at 2:35 PM