After five years in business, Sies Marjan is closing. The brand, founded by Sander Lak in 2015, burst onto the American fashion scene with Lak’s rainbow-hued creations, gaining positive press coverage and a small but devoted base of quirky fans which included the likes of Jordan Roth and Dr Lisa Airan. “What we have worked on has been a dream come true,” Lak wrote of the brand he named after his parents. “Thank you to everyone who has given their time and talent to Sies Marjan over the years. We have built a singular brand whose legacy is not just in the clothes and collections but within each person who contributed along the way.”

Formerly the design director of Dries Van Noten, Lak secured funding for his own fashion label from Howard and Nancy Marks, American investors with an estimated net worth of $2.2 billion (£1.74 billion) who had previously backed Chado Ralph Rucci. With a design pedigree, impressive backing, and a fully-fleshed out debut collection that spanned cocktail dresses, shearling outerwear, and footwear, Lak had all the makings of the American fashion dream.

But sustaining the fantasy of fashion is hard – especially now. While Lak’s creatively staged runway shows made waves in New York and he won the CFDA Award for Emerging Talent in 2018, the brand didn’t manage to produce an It-item or a runaway success at retail. Many loved Lak’s sense of colour, but few were daring enough to make it a staple of their wardrobes. 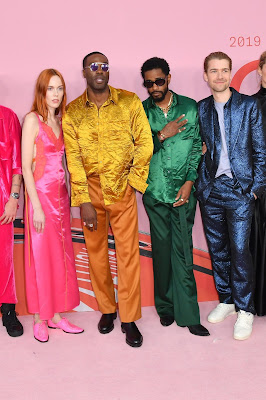 Still, Lak’s presence on the American fashion scene was a bright spot. Where homegrown designers headed abroad for Paris Fashion Week or struggled, Lak’s lively NYFW presentations were well-attended. In producing two collections a year, he followed in the footsteps of Van Noten, forging a path for menswear and womenswear collections to coexist on the runway in New York. When he decamped to Paris’s menswear week for one season, he presented a see-now-buy-now womenswear capsule. Recently, the brand partnered with Rem Koolhaas’s AMO research arm and the Guggenheim Museum on a collection centred around Koolhaas’s postponed exhibit Countryside: The Future, in which Lak collaborated with artists and scientists on fabric developments and new sustainable practices.

To the fashion community, the loss of a brand with so much going for it is a warning in an already tumultuous time. While European megaliths can survive the pandemic thanks to their enormous size and scrappy upstarts can scale back and sit a season out, the middle of the American market, composed of designer-priced brands with a decade or less in business, is struggling. The retail cycle of high markdowns and the fast pace of collections had already put a strain on medium-sized companies. Compound that with the economic downturn sparked by the Covid-19 pandemic, and the road ahead for these brands looks challenging, indeed.

Posted by FASHIONmode News at 1:05 PM