The fashion industry is reckoning with itself at every level, from its exclusive practices to the systemic racism built into its model. Seismic changes need to happen behind the scenes to modernize the industry. The business’s most visible touchpoint, the fashion show, is also about to undergo a radical reformation of its own. “There will undeniably be a before and an after,” says Etienne Russo, the founder of Villa Eugenie, which produces shows for the likes of Chanel and Burberry. “The lockdown of the fashion world allowed many to take a step back and deeply reflect on how to address the situation.”

Faced with the necessity of translating fashion to a digital format, the British Fashion Council, Italy’s Camera Nazionale Della Moda, and France’s Fédération de la Haute Couture and de la Mode spent the early weeks of COVID-19 lockdowns mapping out how to marry the pomp and circumstance of a fashion show with the high-speed chill of the internet. The answer? Well, there isn’t one, really. As London Fashion Week Digital, a men’s and women’s combined week of online content, rolls out from today through June 14, followers will be offered everything from lookbooks of new spring 2021 collections to playlists curated by designers.

Paris’s digital couture and menswear presentations will take place the first two weeks of July, promising videos from member brands. Milan’s menswear week will follow from July 13-17, and video content will be a key facet of what a digital fashion week will look like there, too. But brand-produced fashion videos have existed for some time: The platform Nowness launched as a hub for this type of mood content in 2010 and ShowStudio, founded in 2000, hosted the first livestream of a fashion show in 2009. Is there anything more, anything newer?

On May 22, designer Anifa Mvuemba debuted the first virtual fashion show for her brand Hanifa, featuring 3D renderings of pleated minis and sinuous bias-cut dresses. The show was unlike anything fashion had seen before: No audience, no visible models, just fashion fully rendered in a rich virtual space.

Gayle Dizon, whose company Dizon produces shows for Proenza Schouler and Mansur Gavriel, is certain that new technologies like CGI, 3D design, image capture, and body mapping have potential to revolutionize what a fashion show looks like. “We’ve been exploring a lot of these new technologies that are all kind of rooted in gaming,” she says. “I’m excited about it because we can alleviate a lot of the issues that we face with live physical space,” she continues, citing venues and build-outs alongside the bustle of fashion week that makes scheduling, timing, and seating a major concern. “We’ve been trying to break the standard pattern of straight runway up and down for a while … Now, what I’ve been tasking my team with is: Let’s start ideating on our dream scenario. Where would you do a show if you had no constraints of time, space, or location?” Russo, for his part, says, “what is exciting for us isn’t specifically one alternative or another, but the exercise of mixing options in order to produce the right format for each project, for each client, according to their DNA and their needs … there will be no ready-made but only tailor-made options.” 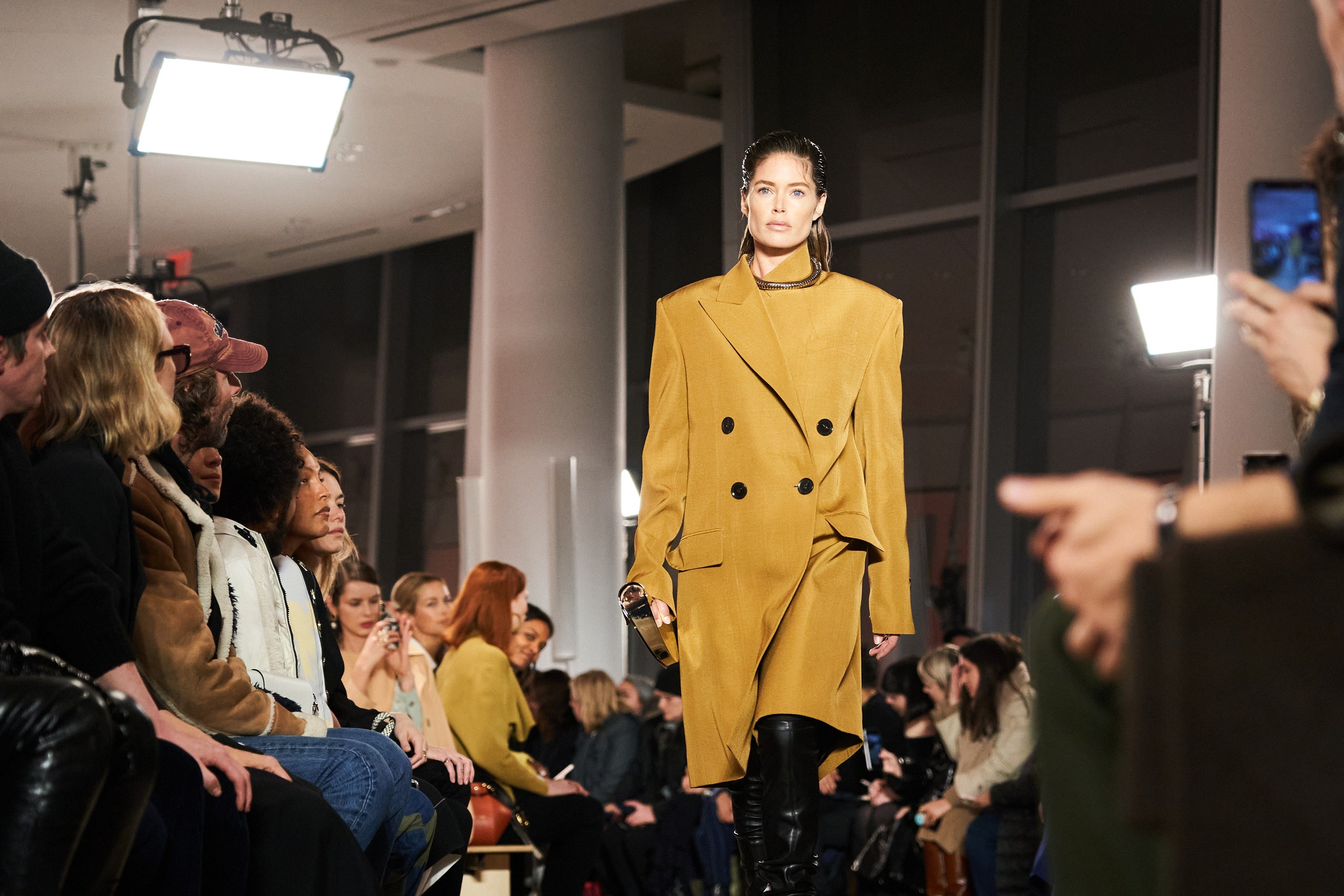 Alexandre de Betak, the founder of Bureau Betak which creates fashion shows for Christian Dior and Saint Laurent, agrees that there is wild potential in the world of digital development. “As a creative exercise and experience, it’s really fun to experiment as far as you can with digital,” he begins. But he does issue a warning: “If you create a virtual experience that uses video game techniques, that’s great, but the digital should not be a copy of the live.”

The distinction de Betak makes is that while digital and physical must live in tandem, one cannot be a shorthand for the other—which is to say that “phygital” is probably not going to be the buzzword of the summer. Instead, de Betak suggests that physical fashion shows, which he anticipates could be produced with small in-person teams this year, can be amplified online through better live-streaming and social media capabilities. “I think the technology has increased in quality and in capacity so that you can have a better stream of a live experience,” he says, alluding to a more multimedia experience in lieu of a traditional multi-camera streaming set-up. “We have worked a lot on this, and we can do different access and [create different] content of a live experience. But it’s still a live creation that is being transmitted digitally.”

“Normally you make a show for the real experience of people, plus virtual,” echoes Thierry Dreyfus, whose company Eyesight with Comme des Garçons and Off-White on shows. “This tool of virtual is something that has been used by every brand and in every show the more and more we can.” Dreyfus cites the Off-White fall 2019 menswear show where models walked on green-screen flooring in some spaces, allowing for digital imagery to be mapped out on livestreams and later content, and a forest set in others. “The people in the room see one thing and the people on the web, at the same moment, see something else,” Dreyfus expounds. “So in this way virtual is a tool.” He continues: “Today, people are saying only virtual” shows, “but fashion is about experience. … We’ve seen life through screens: flat. No taste, no smell, no emotions. Screens, I insist [have] no emotion.”

Some would beg to disagree. Much of the technology we have experienced so far has not been targeted to a fashion audience, but rather to gamers or the social media active. Think of the hard look of first-person and racing games or the overly cute AR filters on Snapchat or avatars on Animal Crossing. “The aesthetic has not been geared towards something with a refined hand. Gaming visuals and imagery have, very much, their own look that is missing a lot of the warmth that we try to capture with our events,” says Dizon. But instead of a deterrent, she sees an opportunity. “How do we give this the warm emotion and poetry that all of the fashion designers we work with are seeking?”

“I think we’re all up to the challenge,” she continues. “It’s been a bit of a learning curve in trying to explain it to clients because I don’t have examples to show them of this that are done well, but we’ve identified some really strong vendors and talents that we can work with that come out of a very different industry. We are working together and seeing how we can get a little closer to real life and to the warmth and the emotion that we’re always trying to capture in one of our events.”

It might not happen for June or July shows, which seem to promise many small scale live events refracted into a digital space, or even September, but the idea of a poetic, virtual fashion space online does provide a thrilling challenge for the fashion industry. Science fiction and video games have long been a vehicle to build a utopia, hinging on the idea that beyond our physical realities we can build something better. Can virtual fashion do the same?

Posted by FASHIONmode News at 8:56 AM