H&M For All: A Healthy Start

H&M  has pledged to only use healthy models, with the aim of representing a diverse spectrum of women in its campaigns and adverts.

"We have a huge responsibility here," said H&M CEO Karl-Johan Persson. "We're a large company, many people see us, and we advertise a lot. We want to show diversity in our advertising and not give people the impression that girls have to look a particular way. By and large, I think we've succeeded: we've many different kinds of models from different ethnic backgrounds. In our last campaign we had a somewhat more buxom model, and now we're using Beyonce,who's a bit curvier as well. I believe that the models in our advertising should look sound and healthy. There are models who are too thin or obviously underweight, but there are also those who're just thin, and they're the ones we should keep working with, as long as they look sound and healthy." 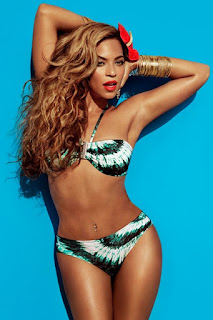 Persson added that, although the company's intentions are good, that there is still room for improvement. He admitted to having made "mistakes" in the past concerning the label's choice of models.

The Swedish brand also reportedly adhered to the demands of its campaign star, Beyoncé, who was allegedly annoyed to discover that the shots had been retouched and demanded that only natural pictures could be used. A spokesperson for the firm declined to deny or confirm the rumours, stating only that "both H&M and Beyoncé are very happy with the campaign".