“Nathan is an extremely talented and technically skilful designer who has a great gift surrounding himself with young, emerging talent,” brand founder Diane von Furstenberg said of Jenden who worked at DVF for 10 years until 2011.

“I want to make great clothes that resonate with women,” said Jenden of his return to the house. “I see DVF as being more relevant today than it ever was in its message of self-empowerment while being dynamic and modern. I want to give the DVF girl what she wants, when she wants it, and with the joie de vivre and sense of purpose that epitomises Diane, DVF the brand and the spirit of women today.” 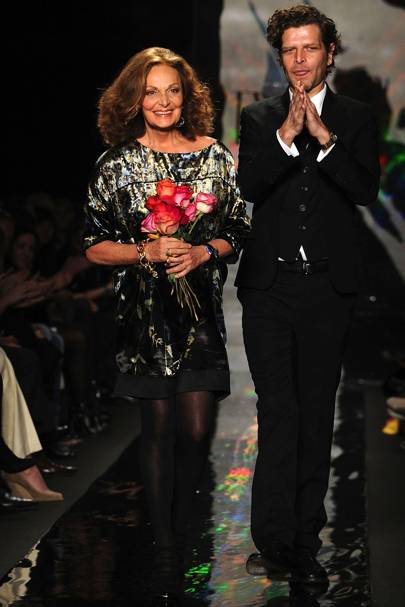 Jenden will report directly to Diane von Furstenberg and DVF’s board, the Business of Fashion reports. His inaugural collection will be autumn/winter 2018 shown during New York Fashion Week in February.

Prior to his first stint at DVF, English-born Jenden had an apprenticeship with John Galliano and spent three years as design director with Daryl K. While at DVF, he launched his own label and left to pursue this venture, opening stores in Asia. Most recently he worked for Global Brands Group as the creative director of Bebe.

Posted by FASHIONmode News at 10:18 AM