Why Blade Runner 2049 Could Be Significant For Your Wardrobe

It’s not often that one wonders whether Blade Runner star Joanna Cassidy is following the trends. The industry’s current fling with plastic macs might amuse the US actress, however.

As replicant Zhora Salome in Ridley Scott’s sci-fi epic, she throws on a transparent raincoat to shield her from the heavy downpour while trying to escape blade runner Rick Deckard, who is set on her demise. Underneath her see-through mac for all to see lay a skimpy two-piece and knee-high boots – her stripper’s uniform – as she charged through a dystopian LA like a futuristic gladiator intent on losing her assassin while keeping dry. 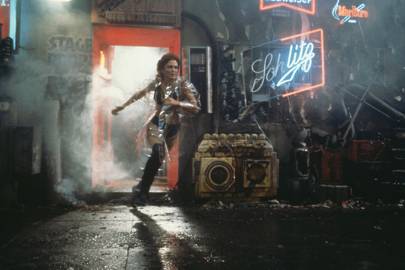 From 1982 to the spring/summer 2018 shows, which saw the fash pack wearing Calvin Klein’s plastic-topped checked mac and Miu Miu’s transparent trench – two much-lauded pieces from the autumn/winter 2017 collections. As the trend picks up pace for next season - everyone from Calvin Klein to Chanel and Valentino has experimented with translucent vinyl - Scott's Eighties classic, which predicted what 2019 might be like, seems oddly apt. 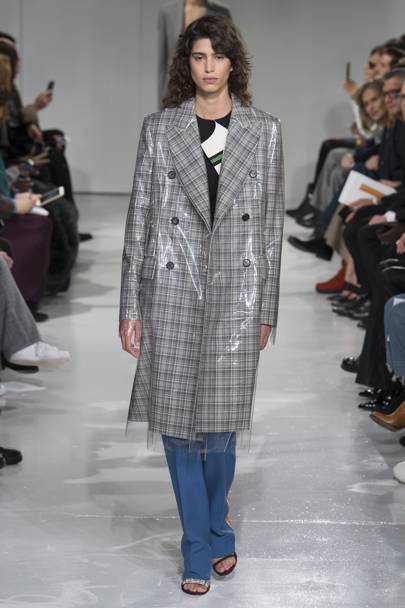 With the sequel, Blade Runner 2049, airing in UK cinemas this week, look closely at the costumes - new director Denis Villeneuve might have the same knack for spotting trends as his predecessor, Scott.