Each season the Chanel set is the talk of Fashion Week. Like the Cecil B. DeMille of fashion, Karl Lagerfeld instructs his team to build epic constructions and create detailed fantasy worlds. The audience leave their dreary realities behind the minute they step inside. For spring/summer 2018 we were transported again. Here's our tour guide to Chanel Falls. Population: 2,500, editors and celebrities. Twinned with Manchester, the UK's rainiest town. 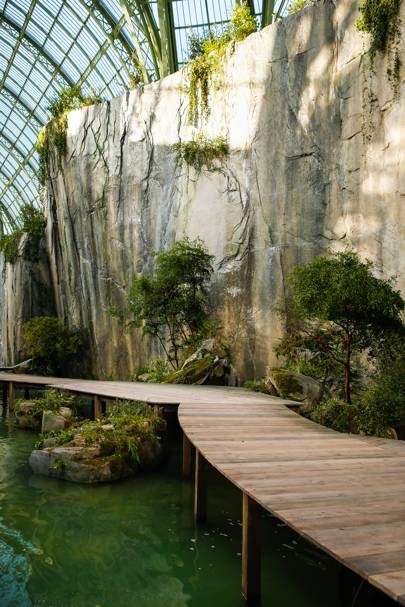 The show was set against the backdrop of an 85-metre wall of rock, planted with trees and creepers which took nine days to construct. Down this monumental, 15-metre-high rock face, cascaded six waterfalls, not dissimilar to the Gorges du Verdon, a famous canyon with multiple waterfalls located in the south of France which inspired the set. The models walked on a raised boardwalk above the pool at the bottom of the falls, where the volume of water was equivalent to that of a 25-metre pool. As the lights went down, Chanel's plumber opened the water faucet and the gentle cascade that greeted guests on their arrival became an indoor Niagara. Anyone interested in pipes might like to know that the waterfalls supplied themselves through a closed water system and at the end of the show, all the water flowed back into the Paris sewage system for recycling. 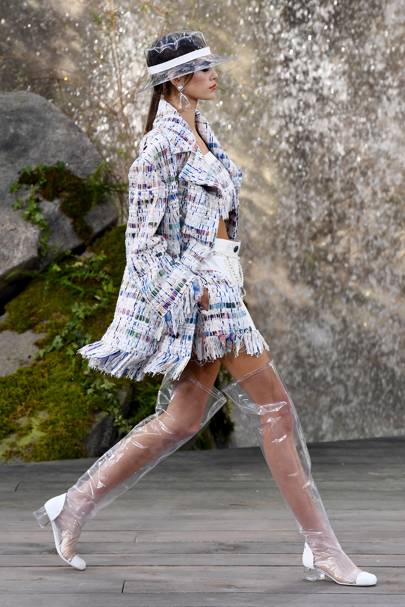 Proud supermodel mother Cindy sat front row to watch her daughter Kaia's latest catwalk triumph. There were 90 models in the show, led out by the coltish Gerber who crowned her debut catwalk season with the coveted opening slot at Chanel. Will a campaign or beauty contract follow? 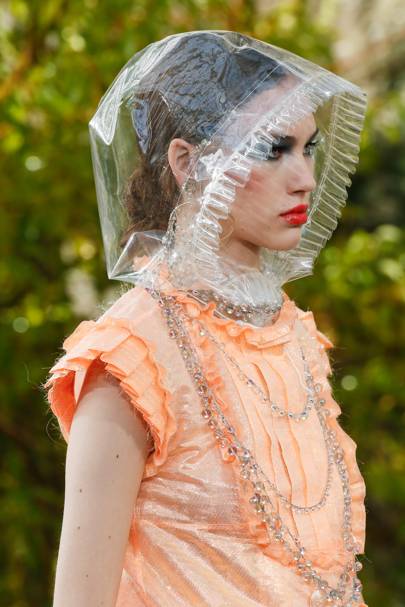 If you've spent a fortune on a Chanel tweed jacket, the last thing you want is to let the rain spoil it. Lagerfeld came up with a chic solution, clear plastic ponchos, hoods, scarves and capes that allow you to show off the look beneath, without getting wet. Even the gloves were clear - all the better to see the oversized diamond bracelets worn by the models. Alongside the see-through boots, rain hoods and oversize plastic shoppers, we're obsessing about little Hudson Kroenig's clear plastic baseball cap, created by the Maison Michel atelier. Need!