They will be selecting from six womenswear designers from six regions: Toton from Asia; Macgraw from Australia and New Zealand; Faustine Steinmetz from the British Isles; Tim Labenda from Europe; Nachiket Barve from India, Pakistan and the Middle East; and Gabriela Hearst from the USA.

Also joining proceedings in Paris at the end of the month will be the menswear contingency of the prize. Munn from Asia; Ex Infinitas from Australia and New Zealand; Cottweiler from the British Isles; Tonsure from Europe; Bounipun from India, Pakistan and the Middle East; and Rochambeau from the USA will be vying for the top prize, which will be judged by some of the most esteemed names in menswear. 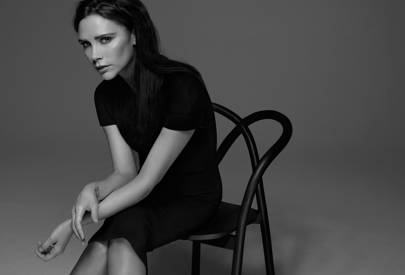 All the brands that have reached the finals have already been awarded an AU $50,000 lump sum and mentoring for the last six months. If they win the grand final, they will win a further AU$100,000 prize and will have their collections hosted in top retailers around the world - including Harvey Nichols in London.

To mark the occasion, The Woolmark Company has commissioned Rankin to shoot the accompanying campaign entitled Unravelled, starring Jefferson Hack, Tim Blanks and Carmen Kass and featuring looks from this year's finalists. An accompanying trailer, shot by Isaac Lock, will be released tomorrow.