Lord Snowdon has died at the age of 86, the BBC has confirmed this afternoon. The English photographer, who was married to the Queen's younger sister, Princess Margaret, was one of the most popular image makers of his generation, capturing thousands of photographs in his lifetime.

In the Sixties and Seventies he cemented his sought-after reputation, becoming artistic advisor to the Sunday Times Magazine and enjoying widespread acclaim for his work, which appeared in the pages of Condé Nast titles including Vogue and Vanity Fair. In 2001, he was honoured with an exhibition at the National Portrait Gallery. Entitled Photographs by Snowdon: A Retrospective, the exhibit featured more than 180 of his photographs.


"Tony Snowdon’s career with British Vogue was a remarkable one, spanning over 60 years, our longest-serving contributor by far," said Vogue contributing editor, and former picture editor, Robin Muir. "And it’s a career that only Vogue could shape. Because of who we are, we could give him access to the greatest names in art and literature, fashion; because of his own extraordinary connections he gave us photographs that no-one else could get, from members of the royal family to prime ministers, to friends in even higher places. A sitting with Snowdon - and it was always a sitting, never a shoot (‘Bang! Bang!' he would say if you used that word) - was always an event. 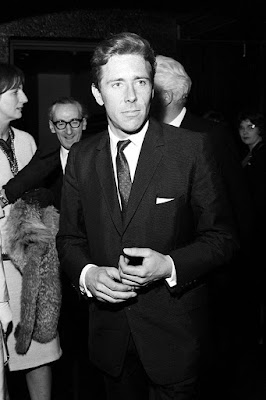 He went out of his way to make those that were in awe of him relaxed and those that were nonchalant or did not take the day seriously were kept on their toes. He could use his tongue, like his camera, as a scalpel if need be. He was remarkably down to earth and terribly kind to office juniors. Deadly bores or the most pompous of stuffed shirts were given the cold shoulder. And it could be Siberian. A sitting with a very famous author, (was it Graham Greene or Kingsley Amis?) says it all. When the sitting ended at lunchtime, the famous author, who had been name-dropping all day, ushered him forward with a flourish of hands: 'Oh Tony, you and I can go through to the dining room. I’ve dismissed your driver and your assistant. They’ll walk to the pub. You see, I’d like to...' Snowdon cut him off: 'Thanks awfully. I think I’ll walk to the pub.'"

"Tony Snowdon was one of the great photographers of the age," said British Vogue editor-in-chief Alexandra Shulman this afternoon. "His relationship with British Vogue over more than half a century has been one of the most important in the magazine’s history. Working across fashion, portraiture and reportage, his body of work contains many of the most memorable images of the time and demonstrated an eye that simultaneously framed what was before him whilst making that subject completely his own. His acute sense of style, his prowess as a raconteur, and his passion for his work made him a remarkable colleague and contributor."

Following his divorce from Princess Margaret in 1978, he was married once more to Lucy Mary Lindsay-Hogg, from 1978 to 2000. He is survived by his four children, David Armstrong Jones, Viscount Linley; Lady Sarah Chatto; Lady Frances von Hofmannsthal; and Jasper William Oliver Cable-Alexander.

Posted by FASHIONmode News at 8:08 AM