Fashion week, again? The official dates of the spring 2021 shows came to a close in early October, but lookbooks and live streams have continued to trickle in from Raf Simons, Michael Kors, Celine, and more, extending what was once a concise four-week exercise into a months-long event. That begs the question: Are we really going to do this all again in January, when the menswear shows typically start in London and wrap up mid-month in Paris? With the virus seeing a resurgence across Europe, some brands with both women’s and men’s might not have the resources to show a new collection so soon to finishing their last one.

The British Fashion Council has proposed an alternative. The governing body of London Fashion Week is officially merging its menswear collections into its womenswear shows, creating a genderless fashion week that will run from 19 February to 23 February, 2021. The schedule is presumed to be mostly digital, however the BFC notes there will be select in-person events, and will continue to be genderless for the rest of 2021, with shows scheduled for June: 11 to 14 and 17 to 21 September. 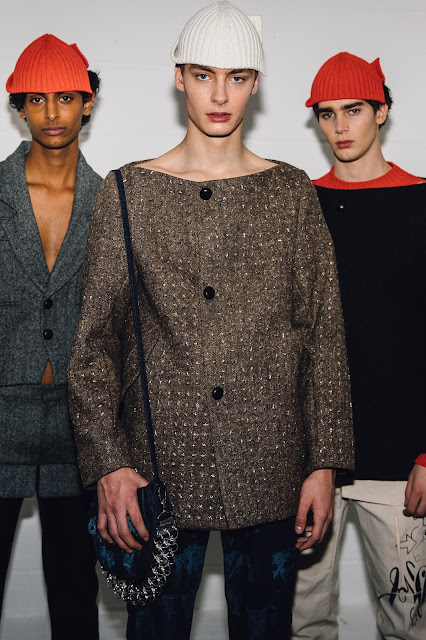 “As the fashion industry moves towards a more sustainable and responsible future in line with the newly formed Institute of Positive Fashion [the BFC’s responsible fashion hub], our aim is to continue to redefine our fashion week model, embracing digital and technological innovation while offering ideas and solutions that will work for all designer businesses,” said BFC chairwoman Caroline Rush in a release. “Moving LFWM into LFW in February will continue to de-gender LFW, allow designers greater flexibility to consider what collection they show when and minimise travel requirements, taking us one step closer to a more sustainable future.”
Dylan Jones, the editor in chief of British GQ and the BFC’s menswear chair, echoes the importance of a unified week. “When we launched London Collections: Men in June 2012, which then became London Fashion Week Men’s, we were responding to an industry need and to the necessity to have a platform for our brilliant British menswear designers from emerging talent to Savile Row tailoring. A lot has changed since then, and this year’s pandemic made us all rethink the current system in place,” he said in a release. “We are confident that this move will help designers reach more people via the digital LFW platform, while still allowing them to do business as early as January without the deadline of a show.”

The shifting dates will give designers more time to develop a new collection as well as serve to emphasise a new genderless future for fashion. Charles Jeffrey, Grace Wales Bonner, and Bethany Williams are three British designers traditionally associated with the menswear week that have moved into womenswear or genderless design. Will more follow suit? Tune in this February to see.
Posted by FASHIONmode News at 8:19 AM