Animal Testing In Beauty May Finally Be Coming To An End

It was hailed by animal rights organisations all over the world as one of the most exciting developments in recent years. A change in cosmetics regulations in China, announced at the end of 2019 by the Chinese Premier Li Keqiang, implied that before April 2020, animal testing might come to an end. The ban had been a long time coming. Then, along came Covid-19 – and animal testing was pushed off the top of the priority list.

“It’s been a journey,” concedes Julia Fentem, vice president of product safety and environment at Unilever, who has been working on the project with the Chinese for nearly 10 years. “In 2011, we started bringing together the Chinese scientists and regulators with some of the leading US thinkers in the Unilever laboratories in Shanghai. At that time, we already had 20 years of history developing non-animal methods of testing, but for Chinese scientists this was new. As a scientist it’s easy to find common ground with other scientists, but sometimes working with officials was harder.”

The conversation was then opened up to the British government and other brands such as Boots, the Body Shop and Lush. The EU became involved and subsequently included key European brands L'Oréal and P&G, with similar movements from commercial interests in the US steered by brands such as Estée Lauder. “We needed the government to government conversations, ” says Fentem, “and the UK Department of International Trade has been particularly strong on this, helping us to build trust and collaborations in the laboratories to create a scientific community in China.”

Let’s recap the testing process: typically, a beauty product is tested before reaching our bathroom shelves so that a consumer knows it’s safe for them to use. Originally, those tests were carried out on animals. To test a cosmetic or moisturiser for skin irritation, for example, a rabbit or guinea pig would have its back shaved, and then be injected with the product. Occasionally the animals would have material injected into their eyes. Scientists would then observe how the animal’s skin responded – was it just red? Or were there blisters? Thankfully, significant breakthroughs were made in the 1990s with the growth of human tissue in petri dishes circumnavigating the need for animals. These processes were banned in the UK in 1998 and in the EU in 2013. 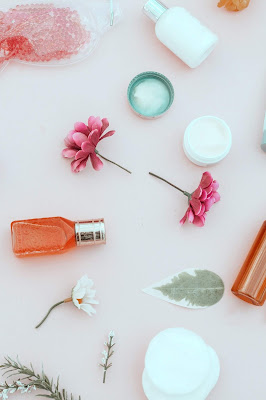 Not only was human tissue testing more ethically sound, it was also more effective. With that in mind, what has taken the Chinese authorities so long to adopt the newer methods? “The scientific community in China is very pro new technology,” says Fentem. “But if you’re a government official you have a huge responsibility for millions and millions of consumers, and that inhibits change. To find something that adequately protects your community, or that might not be understood properly, is a huge duty. It almost takes a crisis like the one we're in at the moment to make people take risks.”

The good news is, while it might have been delayed because of the pandemic, it looks like the new legislation is back on track. “Given Covid and what’s happened, they haven’t been able to do much for the last few months, but this hasn’t slowed things down.” What does this mean in reality? In China, beauty products are classified in two separate groups: non-special (moisturisers, make-up, and items like shampoos) and special (anything with an additional, more scientific function like sunscreen and hair dye). While imported special products will still require animal testing, the new legislation will mean that imported non-special products won’t need to be tested on animals, in line with the regulations for Chinese-made non-special beauty items.

For the beauty business as a whole, given the enthusiasm amongst Chinese consumers for international cosmetics and skincare brands, it will potentially open up a market forecast to reach £51.3 billion this year. And for animals, it will mean the beginning of an end to the pointless and unnecessary suffering they have endured for far too long. “There has been fantastic progress on product safety,” says Fentem, who is finally hopeful for resolution, “so I’m expecting soon - in the next few weeks - that the overarching regulations will be released.”

Posted by FASHIONmode News at 8:11 AM