Alber Elbaz Will Return To Fashion Via Film, Not Runway

Alber Elbaz is making his long-awaited return to fashion via film, rather than the runway. “This is how I wanted to show it, even before COVID-19,” he said Monday. “It’s a digital world.”

Elbaz’s joint venture with Compagnie Financière Richemont, dubbed AZ Factory, is on the official couture schedule for Jan. 26 at 8 p.m. The Fédération de la Haute Couture et de la Mode recently released a provisional calendar for Paris Couture Week, which runs from Jan. 25 to 28, but it listed only times and dates, not formats.

Pressed for details on his film, which has yet to be made, Elbaz demurred: “It’s a surprise.”

AZ Factory is sure to be one of the most closely watched ready-to-wear debuts in 2021, marking Elbaz’s full return to the fashion scene more than five years after he exited Lanvin. His fashion start-up has been slowed by the coronavirus pandemic, which disrupted the industry in myriad ways. 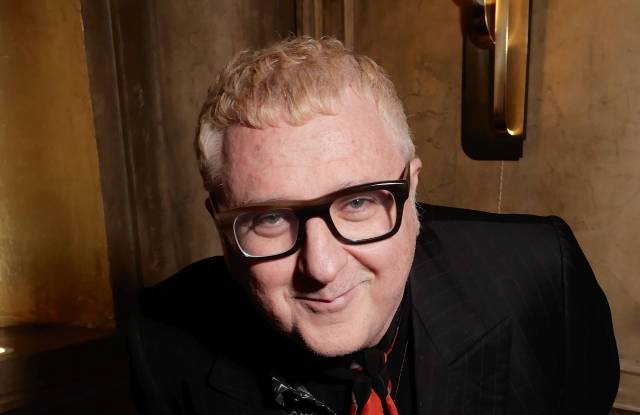 Elbaz has largely kept details of his venture under wraps, posting some videos of working sessions on AZ Factory’s Instagram feed, and his personal account. These have a playful, irreverent spirit, with the designer sometimes obscuring his face with a cartoon likeness.

He lifted the lid on a new brand name and visual identity in November, along with a few hints about his approach and his audience.

“We design beautiful, solutions-driven fashion that works for everyone. It is a reset, it is the birth of a factory,” AZ Factory said in a brief statement, calling itself a “digital luxury brand based on innovation, technology and, above all, a place to experiment and try new ideas.”

Elbaz revealed his joint venture with Richemont in October 2019, set up AZ’s headquarters in Paris atop the Fondation Cartier, the contemporary art museum in a striking glass building by architect Jean Nouvel, and began building his team. Laurent Malecaze started as chief executive officer of AZ last month, joining from luxury retailer The Webster in New York.

When it was unveiled last year, Richemont and Elbaz described AZ as “an innovative and dynamic start-up, meant to turn dreams into reality.” The luxury giant, parent of brands including Cartier, Chloé, IWC, Van Cleef & Arpels and Dunhill, said the venture would be project-based rather than the standard seasonal approach of most designer collections.
Posted by FASHIONmode News at 8:48 AM