Rumours swirled during Paris Fashion Week, only to be quashed by the in-house press office, but now there is confirmation: after three and a half years as creative director, Guillaume Henry is leaving Nina Ricci.

A joint statement released by the French house on March 15 said: "After three years of mutually gratifying creative collaboration, Nina Ricci and Guillaume Henry have together decided that the designer will depart the House after the presentation of the Fall-Winter 2018-19 collection. Pending the arrival of a new creative director, the next collections will be designed by the Nina Ricci Studio."

WWD, who first reported the departure in early March, alleged that the reasoning was financial: Henry was apparently frustrated by what he perceives as a lack of investment on the part of Ricci's Spanish parent company Puig. Whatever the reason, he has certainly struggled to make as comprehensive an impression on the brand as the one he effected at Carven, where he spent five years transforming the heritage label into a cool girl's go-to. 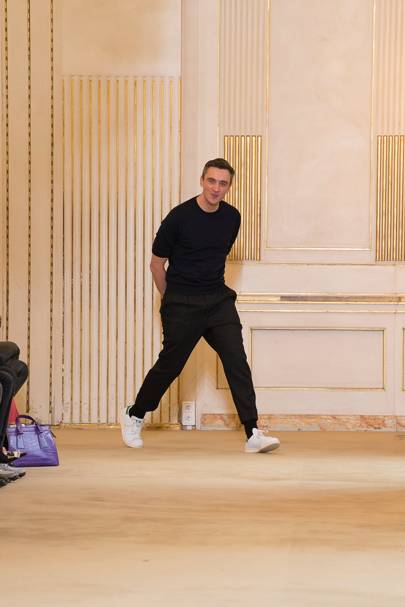 He is a well-liked face in the Paris fashion stable, having begun his career at Givenchy, where he was employed immediately after having left Institut Français de la Mode, and Paule Ka. His designs at Nina Ricci have found famous fans in Gigi Hadid, Rita Ora and Beyoncé, who recently wore a fantastical feathery silver look from the spring/summer 2018 for an image on Instagram.

Guillaume joins a list of unemployed designers that includes Phoebe Philo (ex-Céline), Alber Elbaz (ex-Lanvin), and Peter Copping (ex-Oscar De La Renta). Empty chairs include men's artistic director at Louis Vuitton. A move to the French menswear giant is unlikely; however, with fashion in a state of flux, nothing is off the cards.

Posted by FASHIONmode News at 7:15 PM