During the 10th to July 13th the tenth Fashion Week at the Palace of Pedralbes, took plce in Barcelona. Here are some of our key moments:

Siki Him Shows the identity of the designer through his own creations. Ethnic Fashions, based in the Middle East with a mixture of Western minimalism, and signature colours in black and white abounded throughout their parade. 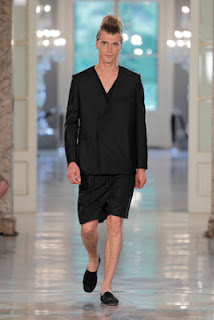 Manuel BolañoWithin the conceptual level, the designer found a balancing between the good from the doubtful. A mixture of the 50's with the moderniso characterizing the city.Again, key colours were all pales and blues. 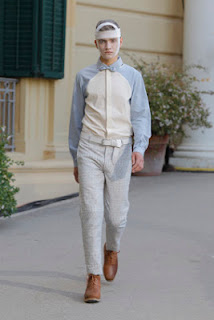 Lurdes Mergada & Syngman CucalaBoth designers made a wink to the  spirit of youth for excellence. The protagonists of urban fashion. Within this functionalism  they emphasized comfort, originality,  respect and  a lot of grey colours. 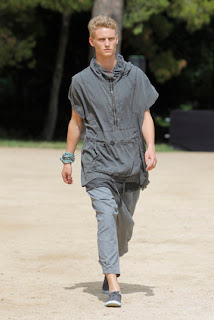 Gori de Palma We return to the era of the nineteenth century. Predominance of the colour black in a world that highlights the tattoos and the bohemia of the era, as if it were a story.

Desigual
Was the one that marked the end of the event, and then started a big party. It highlighted the fashion of the 50's, floral prints, ethnic fashion. 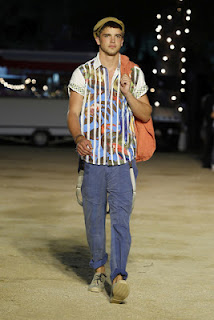 Brain and Beast
Standing  out as the strongest collection in the overall event. Denim geometric games came together like a collage, and in different ranges.The main colour for the collection  was blue. 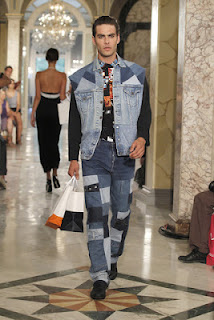 Posted by FASHIONmode News at 9:16 AM