It follows Mary, whose last show was called Mary Queen of Shops, as she launches a fashion range for over 40s.

The determined High Street champion, 49, was turned down over the venture by retailers including Marks & Spencer and John Lewis.

But she eventually struck a deal with House of Fraser – and the clothing range, called Mary, was unveiled by the chain as an in-store shop earlier this month.

The three-part series will air in the autumn. 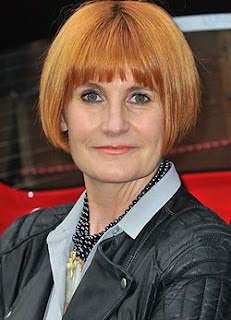 Posted by FASHIONmode News at 11:32 AM