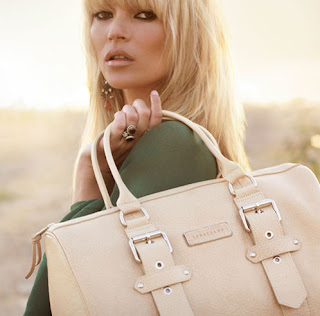 Kate Moss’ latest shoot for Longchamp has proved that there is indeed no better person to shill Kate Moss' style than the supermodel herself. Philip Green recently promoted his teenage daughter into the supermodel’s place as the Topshop design queen.

Seventies-style photos were taken by Alasdair McLellan in Morocco and Mark Moss's eighth season as the face of the French luxury bag company, reports the Daily Mail.

Moss's design efforts have decreased in recent seasons, but when she is at it, there’s nothing stopping her.

Longchamp's Artistic director, Sophie Delafontaine, says,“I don't think people imagine how involved Kate is or how much thought she gives the details. She's involved in every decision.”

The model is equally complimentary when she explains why she chose to work with Longchamp.

“I just really like them as people,” Moss said. “I find them lovely to work with.' “Longchamp is a family business, it's been going for more than 60 years, and I just love the whole feeling of it.”