After parting ways with Kering last year, Stella McCartney has signed to rival conglomerate LVMH. McCartney will continue to hold the position of creative director, while maintaining majority ownership, and will be appointed as sustainability advisor to LVMH chairman and chief executive officer Bernard Arnault, and the executive committee members.

“It is the beginning of a beautiful story together, and we are convinced of the great long-term potential of her house,” Arnault told WWD. “A decisive factor was that she was the first to put sustainability and ethical issues on the front stage, very early on, and built her house around these constraints. It emphasises LVMH Group’s commitment to sustainability.”

Since buying back her brand in March 2018, McCartney has been approached by a number of investors. “While these approaches were interesting, none could match the conversation I had with Bernard Arnault and his son Antoine,” she said. “The passion and commitment they expressed towards the Stella McCartney brand alongside their belief in the ambitions and our values as the global leader in sustainable luxury fashion was truly impressive.” 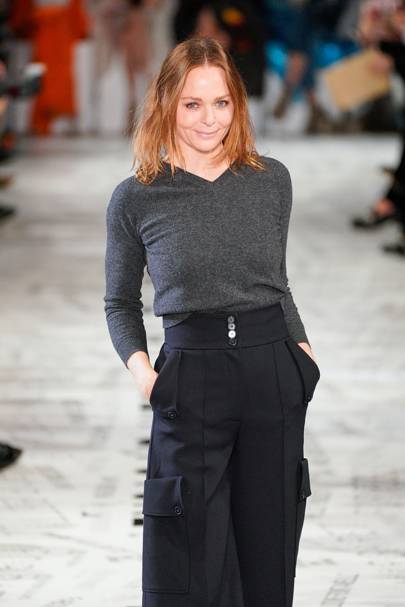 McCartney split from Kering after 17 years of co-ownership (they each held a 50-50 stake), when the conglomerate was restructuring its portfolio. Two months after the news broke, she told the Copenhagen Fashion Summit that, as one of the few female leaders in the industry, “it would have been rude not to.” Full details of the union that swayed her to give up her private ownership will be announced in September. But, LVMH said that worldwide development was first on the agenda for Stella McCartney, “while of course remaining faithful to its long-lasting commitment to sustainability and ethical fashion.”


Stella McCartney is the second female-run fashion house that LVMH has welcomed into its fold in 2019. After two years in the making, the French titan unveiled Fenty, Rihanna’s debut ready-to-wear collection, in May. “Mr Arnault is not an idiot, he’s a very smart man and he’s open,” the popstar-turned-designer said of her boss’s business prowess. Of inking the Stella McCartney deal, Arnault added that he was “extremely happy”.

Posted by FASHIONmode News at 4:11 PM