People Don´t Care If their Clothes Are New Anymore

Remember when “secondhand” meant a trip to the Salvation Army for ugly sweater day? Or when “thrifting” (á la Macklemore) was picking up a wacky, sort-of-dirty fur thing from Goodwill that you’d probably never wear?

The advent of the luxury resale market—or “re-commerce” or consignment or whatever you want to call it—has changed what secondhand means. In today’s economy, pre-owned goods are a booming business, and they’re on the cusp of even more explosive growth.

The resale industry hit a milestone today as shares of the RealReal, a secondhand luxury retailer, started trading on Nasdaq after a blockbuster IPO. Priced at $20 a share, it jumped almost 50% in the first few minutes of trading after raising $300 million in the IPO.

The RealReal is known best for the resale of authenticated luxury goods from the Gucci, Chanel, and Hermès tier. While it doesn’t eschew lower range brands like J. Crew or Old Navy, the company credits luxury sales for most of its $207 million in revenue last year.

The RealReal is a leader in what appears to be a ballooning resale market. Indeed, its IPO follows the $1 billion valuation of StockX, an online marketplace that deals in sneaker resale. The company faces competition from London-based Depop, a Gen-Z-skewing venture that nabbed a $62 million investment in January. There’s also ThredUp, which has raised over $130 million since its initiation several years ago. 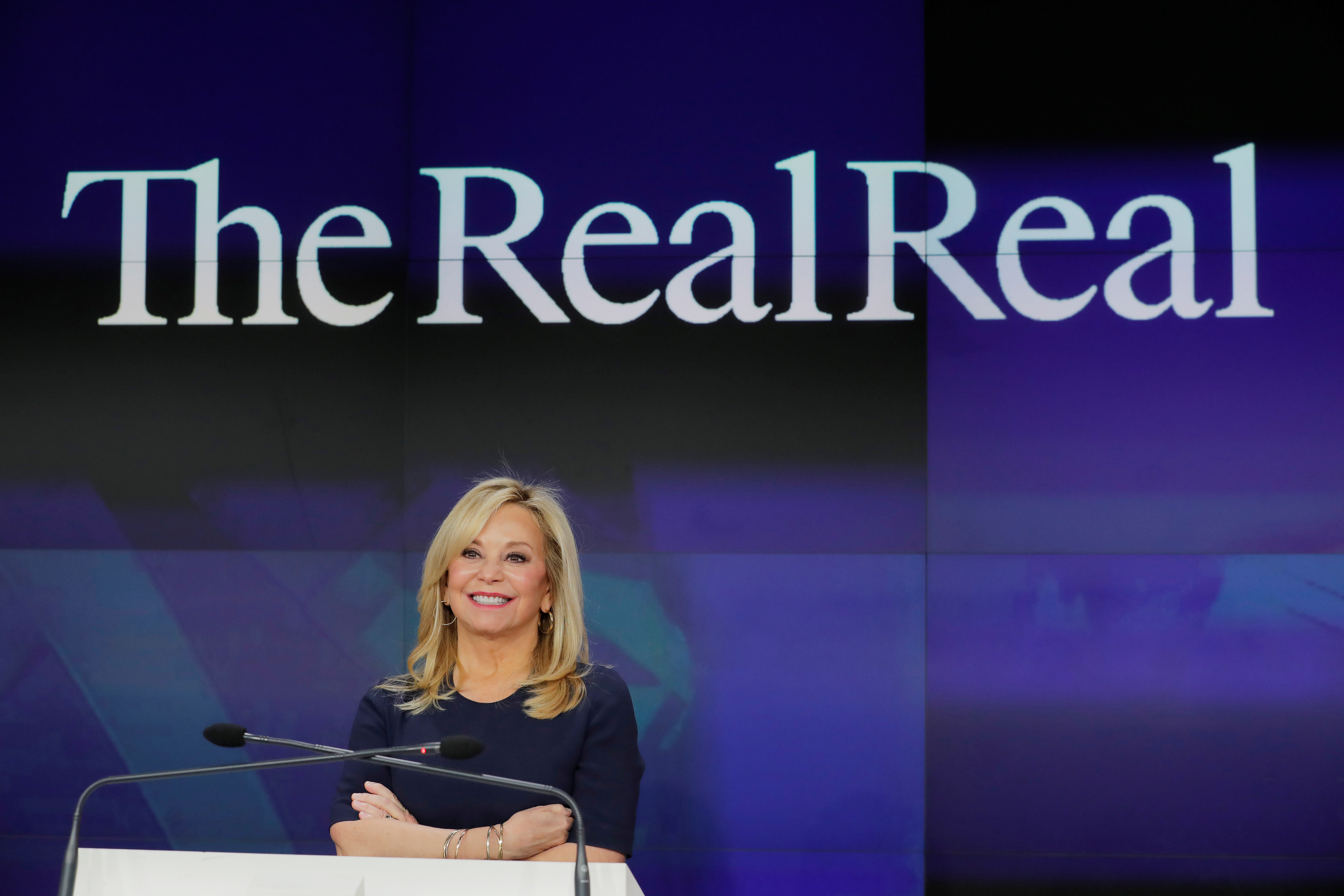 According to a recent report from ThredUp itself, the $24 billion secondhand retail market is set to outpace fast fashion by 2028. And per CNBC, resale as a whole is projected to tick up to 45% of the entire retail market by 2023, more than doubling from its current 20%. It’s worth noting, however, that at present fast fashion retailers Zara and H&M are amongst the biggest fashion companies in the world. It would be surprising if they were dethroned at the pace projected.
Are we over new clothes?

Experts have speculated that today’s discerning shoppers, particularly the internet-savvy millennial and Gen-Z variety, are interested in premium goods. What they’re not interested in—and probably can’t afford given they haven’t reached their spending potential and are under substantially more financial pressure than previous generations—is breaking the bank to buy them.

There are also sustainability and ethical concerns when it comes to buying clothes from the $2.5 trillion fast fashion industry. In addition to exploitative practices, the environmental impact is staggering: Not only is the industry causing an environmental “emergency” thanks to it being one of the largest global users of water, but much of the low-cost clothing produced is quickly discarded and ends up in waterways and landfills, where its synthetic compounds can take hundreds or thousands of years to biodegrade.

All this considered, it seems that the stigma previously associated with secondhand goods is less relevant. Not only are shoppers more interested in buying things that already exist within the fashion ecosystem, they also want to save money, especially if it’s on something that could be a lasting investment, like a collectible sneaker or Hermès accessory.

Overall the idea of “ownership”—clothes, cars, art–is not what it used to be. Adding to the argument is the advent of clothing rental services, seminal amongst them Rent the Runway, which today announced a new drop-off partnership with Nordstrom. According to the company, its most active subscribers wear rented clothes more than 120 days (over 30%) of the year.

Posted by FASHIONmode News at 9:13 AM