British couture house Ralph & Russo, which became a household-name when Meghan Markle wore the brand for her engagement portraits with Prince Harry in 2017, has received $50 million (£40 million) from La Perla Fashion Investment B.V. The new partner has taken a non-controlling minority share in the 2010-born label, which became the first British guest member of the Chambre Syndicale de la Haute Couture for more than a century in 2014.

“This strategic investment signifies an important step in allowing Ralph & Russo and our team to realise our long-term growth plans whilst keeping the brand privately owned and managed,” said chief executive Michael Russo, who founded the company with creative director Tamara Ralph. 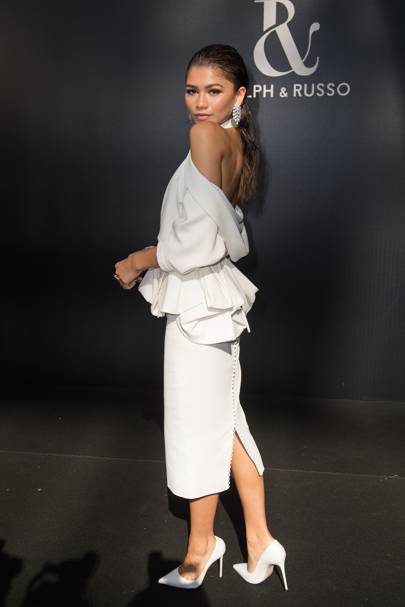 The business move marks a new chapter for the Mayfair brand. After building up a high-profile fan base that includes Rihanna, Zendaya Jennifer Lopez and Gwyneth Paltrow, its frothy, fantastical couture and newer ready-to-wear line began to attract a younger following. “In the past two seasons we’ve seen a huge growth from 18-25-year-olds,” Ralph told Vogue after the autumn/winter 2019 couture show. “They’re actually buying pieces as separates, putting a skirt with a T-shirt and wearing it with sneakers… It shows the evolution of [couture].”

Pascal Perrier, La Perla Global Management (UK) Limited chief executive, who will join Ralph & Russo’s board of directors, praised the couple for doing “a phenomenal job at creating one of the world’s top luxury fashion brands in a short space of time”. Russo, in turn, said he was looking forward to putting Perrier’s expertise (he has formerly held executive positions at the Burberry Group and the Gucci Group) to use, as well as the financial aid. For a label that knows its audience, La Perla’s backing is an opportunity to grow its relatable couture and high-fashion into something that reaches the masses – not solely on Instagram.

Posted by FASHIONmode News at 7:07 AM