Chanel Announces An Innovative Change To “Amplify Voices Of Colour”

Chanel has announced the hire of its first global head of diversity and inclusion. Fiona Pargeter, who previously held the same position at Swiss bank UBS, joined the brand earlier this month, as “a sign of Chanel’s commitment and its importance to the house,” said the company.

The move follows that of household-name brands, including Gucci and Burberry, which are hiring similar positions, and Prada, which launched a Diversity and Inclusion Advisory Council, aiming to “amplify voices of colour within the industry”, in February. The industry-wide mission to close the inclusion gap follows high-profile cases of brands being called out for fashion deemed as culturally inappropriate. Gucci, for example, was accused of portraying blackface on a balaclava polo neck with red lips in its autumn/winter 2018 collection.

“It’s been very intense to go through, and it must serve to build something new,” Gucci creative director Alessandro Michele told Vogue in February. “We were, of course, very sorry. This will help us do things in a different way. We’ll learn a lesson, that we all need to open up and allow other people to bring something into this company. Something beautiful has come out of this. This will have a strong impact on the work carried out by this house.” 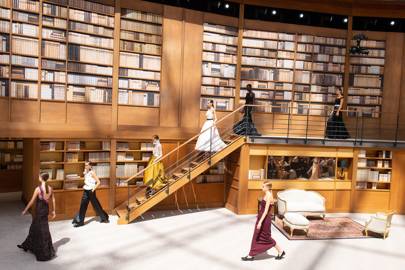 The Chanel hire follows measures taken by the storied house to modernise it. In its 2018 Report to Society, Chanel framed enhancing inclusion and diversity as “an ongoing opportunity”. “We will continue to focus on new programmes to demonstrate our appreciation for all aspects of diversity, including diversity of thought, and to further promote a more inclusive and diverse culture,” it said.

Chanel made its annual results public for the first time in its 108-year history last June. The decision was born out of Chanel global chief financial officer Philippe Blondiaux’s belief that the lack of fiscal information had led “to the circulation of false or misleading information,” such as rumours about the sale of the business. “Being independent is part of our DNA and probably a key condition for our success,” he commented, before sharing that “human interaction will remain central to the relationship between the client and the brand” as it continues to grow. The company hired 3,000 store staffers in 2018 and maintained that high fashion, watches and fine jewellery would not be sold online, despite the increased digitalisation of its competitors.

During a time of increased interest around the brand, as Karl Lagerfeld’s successor Virginie Viard forges her own creative path, the fashion world will be watching Pargeter’s impact, too.

Posted by FASHIONmode News at 4:07 PM