Mark your calendars because a landmark Christian Louboutinexhibition is set to open its doors in Paris in 2020. Coming to the Palais de la Porte Dorée in February, the retrospective will showcase a plethora of pieces from the designer.

“Since I was a child, I’ve had a very close relationship with Le Palais de la Porte Dorée,” Louboutin tells Vogue of his chosen location. “I grew up next to it and used to visit it almost every weekend as it hosts a tropical aquarium inside. I was fascinated by the colours and the iridescence of the fish.”

Currently untitled and curated by Olivier Gabet, the director of Paris’s Museum of Decorative Arts, the concept for the exhibition “came spontaneously” after meeting the team two years ago. “Everything was very organic,” explains Louboutin. “It was not planned to be for a specific time, but my life has been characterised by interesting encounters and this is another example [of one].” 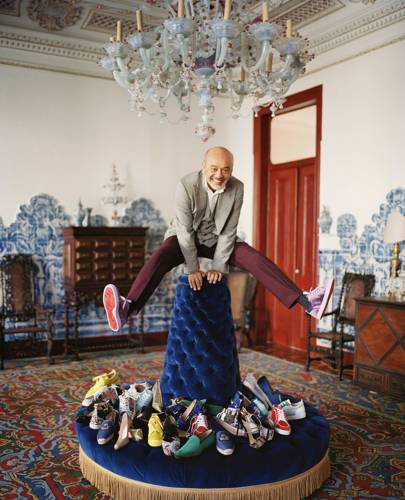 The exhibition will also “celebrate some of the greatest artists and artisans” who have been a constant point of inspiration to Louboutin, including director David Lynch, choreographer Blanca Li, artists Lisa Reihana and Imran Qureshi and designer duo Whitaker Malem.

Previously unseen designs that “people aren’t necessarily aware of” from his personal collection, and many more taken from public collections will go on display. “I feel very lucky to have the freedom of expressing myself in such a personal and visual way,” says Louboutin. “Having the opportunity to display a strong creative insight into my universe and inspiration in a place as important in my career as Le Palais de la Porte Dorée is very important to me.”

Posted by FASHIONmode News at 8:42 AM