“What made us choose Felipe above other candidates is the fact that he has a global artistic approach,” Kenzo’s CEO Sylie Colin told WWD. “He has a 360-degree creative vision and will oversee artistic direction globally, dealing both with collections and communication.” 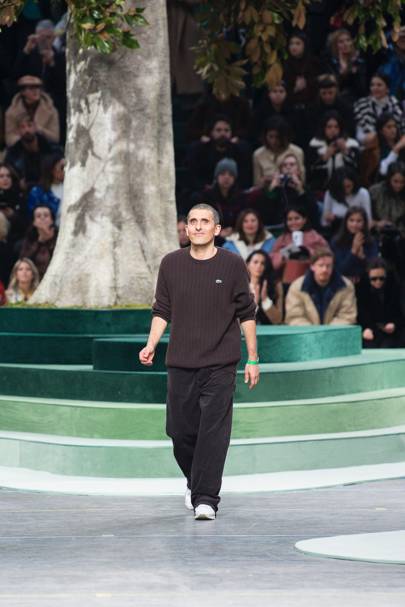 During his time at Lacoste, Oliveira Baptista turned the tennis brand into a runway mainstay, bringing a freewheeling sportiness and environmentalism to his collections. Bucket hats, anoraks, and bold graphics were the tentpoles of his final collections at Lacoste, as was a Supreme collaboration revealed in 2018. Born in Portugal and based in Paris, Oliveira Baptista also ran an eponymous line from 2003 to 2013, which won the Hyères prize in 2003 and the ANDAM Prize in 2003 and 2005.

Posted by FASHIONmode News at 8:46 AM