Two months after Ariana Grande was crowned the face of Givenchy, the fashion house has unveiled her debut campaign. Photographed by Craig McDean, and in keeping with the portraits favoured by Hubert de Givenchy, which he dubbed “the Givenchy sitting”, Grande wears key autumn/winter 2019 looks within a closed frame.

“Honoured to be your girl and wear these looooks,” the “Monopoly” singer captioned her series of “campaign day” Instagram posts. As well as the most polished ponytail in the business, the pictures home in on the brand’s new “Eden” bag, which Clare Waight Keller conceived to complement her “Winter of Eden” collection. 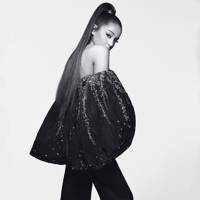 “Givenchy is a house I have forever admired,” Grande said of being welcomed into the fold. “I love this clothing and the confidence and joy it brings to the people wearing it. Not only is the clothing timeless and beautiful but I’m proud to work with a brand that makes people feel celebrated for who they are, and unapologetic about whatever they want to be.”

The campaign notes are punctuated with the same message of “empowerment”, “individuality” and “elegance”, but naturally the 26-year-old had her own say in the language used to communicate her pictures. The hashtag the brand and pop superstar landed upon? #Arivenchy. Now, that’s the sweetener the storied house was after when it booked the Gen Z icon.