Project Runway fans, prepare for a new era of quotable constructive criticism. Heidi Klum and Tim Gunn’s new small-screen sideline, Making the Cut, is gathering momentum. The judges, who retired from the original fashion reality TV show in 2018, have recruited four major names to join them on the panel of the rival series. Naomi Campbell, Nicole Richie, Carine Roitfeld and Joseph Altuzarra will join the resident critics who decided the fate of the designer hopefuls for 16 seasons on Project Runway.

Campbell took to Instagram to share the news. “I’m looking forward to joining these iconic judges on #MakingTheCut coming 2020,” the supermodel said of the Amazon Prime series, which will follow 12 entrepreneurs on their path to creating a brand. All the contestants’ designs will be available for purchase on Amazon throughout the entire season, and the winner will receive $1 million to invest in their company. 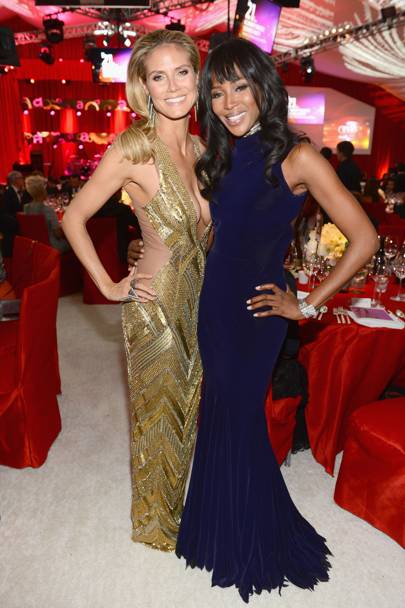 Klum shared social footage of the Making the Cut team filming the first catwalk challenge in Paris this week. “It is said that ‘when one door closes, another opens’... and sometimes it has a view of the Eiffel Tower!” the model said of the scenic backdrop. “You know, sometimes you have a dream, and all of a sudden, it’s reality.”

The reality TV series is the first of its kind for Amazon, which is slowly building up a portfolio to try and rival Netflix. With four of fashion’s power players on board, prepare for a plethora of new catchphrases to rival Project Runway’s “Make it work” and “Auf Wiedersehen”.

Posted by FASHIONmode News at 8:43 AM