Rihanna’s Circle Turned Out For Her Savage X Fenty Show

Rihanna’s first Savage X Fenty lingerie show has become somewhat legendary. So how did the self-described bad gal follow up her last all-embracing, ultra-sassy message from spring/summer 2019? It’s a secret. Well, sort of. For her autumn/winter 2019 offering, RiRi asked attendees to place their phones in lockers, sit back, and enjoy the show. 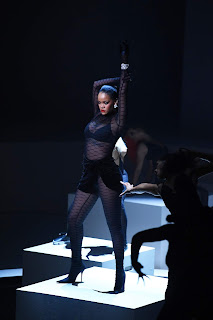 Last night's extravaganza marks RiRi's first Fenty show since launching the brand under the LVMH umbrella, and the first time the singer-turned-designer has presented a show at NYFW without the collaboration of Puma.

Last season, the designer called upon the industry’s most buzzed-about models, street-cast newcomers, and a troupe of dancers to push the boundaries of society’s preconceived notions of what is "sexy". From Gigi and Bella Hadid to Paloma Eissner, Duckie Thot and a heavily pregnant Slick Woods, it was a celebration of body positivity and sensuality for a woke audience that wanted more than the outdated Victoria’s Secret model. 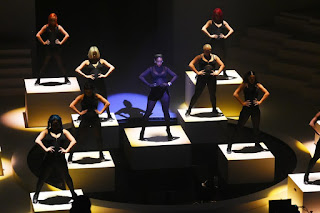 But fans will need to wait another nine days to find out more. Last month, Rihanna took to Instagram to tell her 73 million followers to keep September 20 free to watch “the most bold, sexy, super energetic experience you can imagine”, streaming to 200 countries worldwide via Amazon Prime. “We’re going even bigger and badder,” read the official brand Instagram broadcast. “We don’t think y’all ready…”

She did offer fans a sneak peek of the looks via Instagram earlier this week. “Bat-mobile, but make it fashion! Get into this matte leather-rubber fusion though,” she wrote alongside a video of her black leather pointed stiletto Fenty boots. Roll on 20th September...

Posted by FASHIONmode News at 10:57 AM