Is This The Most Enviable Designer Wardrobe Of All Time

Imagine being in possession of 15,000 of the most significant garments of the century and never wearing a single one – not zipping up that Cristóbal Balenciaga dress for dinner, not cinching into that Jean Dessès gown for the opera, not even trying out the Madeleine Vionnet number for fun. Never. Such is the case of one of fashion’s most prolific collectors, Sandy Schreier, whose collection of items promised as a gift to the Met will go on view in the museum’s Anna Wintour Costume Center starting November 27th.

The exhibition, In Pursuit of Fashion: The Sandy Schreier Collection, will include 80 of Schreier’s 165 promised gifts, covering 96 years of fashion history. The oldest item on view will be a 1908 illustration of a Paul Poiret ensemble; the newest will be a 2004 Philip Treacy hat. Curated by the Wendy Yu curator in charge of the Costume Institute, Andrew Bolton, and associate curator Jessica Regan, the show will not only chronicle fashion history, but also map out the personal story of a woman whose love of clothing led her to become one of the world’s most prolific collectors. 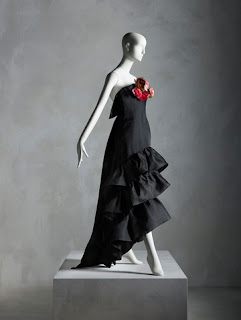 Born in Detroit, Michigan, as Sandy Miller, Mrs. Schreier first developed a love for clothing in the Russeks department store, where her father was a furrier. “I always saw myself as a fashion savior,” said Schreier. “My passion for fashion as an art form drove me to search for the most innovative, creative, and breathtaking objects by well-known and lesser-known talents. I am elated that these pieces will now live on as my legacy at The Met, where they can be conserved and shared with the public, designers, and scholars for eternity.”

Some of her acquisitions include pieces from Fortuny, Karl Lagerfeld, Christian Dior, and Jeanne Lanvin, not to mention over 100 pieces of Schiaparelli, some of which had been previously lent to the museum for its 2012 Schiaparelli and Prada: Impossible Conversations exhibit. In addition to being an avid collector, Schreier is also a fashion historian and author who has written two books on Hollywood style, 1998’s Hollywood Dressed & Undressed: A Century of Cinema Style and 2002’s Hollywood Gets Married. 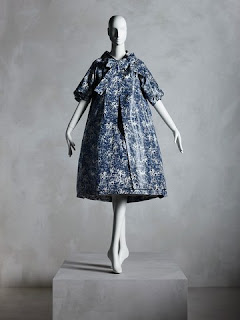 “Sandy’s incredibly generous gift will strengthen our collection immeasurably through the addition of historically significant pieces of 20th-century fashion,” said Bolton. “Amassed through a deep passion for the art of fashion – as well as sheer determination – Sandy’s gift will introduce rare designs into our holdings, allowing us to tell a more nuanced story of fashion history through the achievements of its most innovative designers.” Max Hollein, the director of The Met, echoed Bolton’s sentiment, “We are thrilled and honoured to receive these important treasures, and we look forward to presenting an exhibition that celebrates the exceptional artistry of the objects and reflects on the origins and impact of this tremendous collection.”

When the exhibition opens this November, Schreier may be in attendance to see her works on display – even if she’s not wearing her most prized ones. “I’m interested in fashion as an art form,” she told People in 1999. “I wouldn’t strap a Picasso to my back.”

Posted by FASHIONmode News at 4:33 PM