The Fashion Awards 2017: Meet The Nominees

The nominees for the 2017 Fashion Awards in partnership with Swarovskihave been revealed ahead of the December 4 ceremony at London’s Royal Albert Hall. “These designers and brands were chosen from hundreds of international names and they represent the most creative talent and innovative businesses of the year,” BFC chairwoman Natalie Massenet told press at this morning’s briefing. As well as the household names on the list, a handful of industry favourites, including London Fashion Week’s bright young things Michael Halpern and Matty Bovan and Samuel Ross, a protégé of Virgil Abloh’s, have received their first nominations. Breakout runway star of the spring/summer 2018 shows, Kaia Gerber, has also been recognised in the Model of the Year category, and is the youngest of her catwalk colleagues in the shortlist. 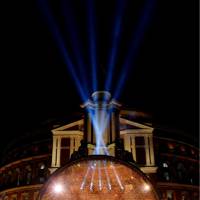 British Designer of the Year - Menswear

British Designer of the Year - Womenswear

Posted by FASHIONmode News at 12:20 PM