Remembrance Of Flings Past: Behind Versace's History With Supermodels

Remebrance Of Flings Past.” That’s how Richard Avedon’s book 20 Years of Versace opens - a tome which charts decades of documenting “the impassioned, shameless, opulent, titillating sewmanship of that daredevil magician of art and artifice who was and will always be Gianni Versace". It’s an apt title, because that book showcases everyone from Kate Moss to Kristen McMenamy, Naomi Campbell to Nadja Auermann; Stephanie Seymour to Stella Tennant, wearing his iconic designs. After all, there is hardly a supermodel who Versace hasn’t had a fling with, and no house whose legacy is more intertwined with the phenomenon of the super. 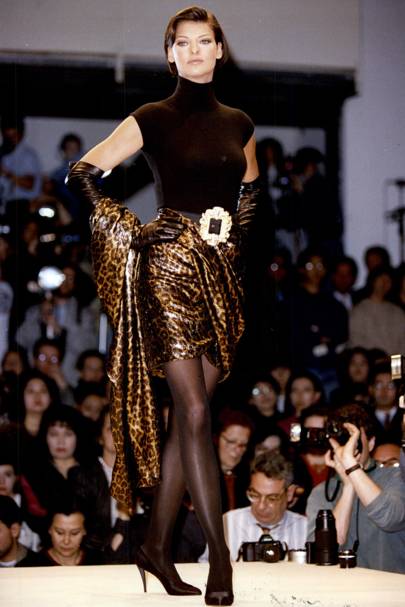 Once upon a time, actresses were loath to be associated with fashion, worried that to get dressed up would detract from the legitimacy of their craft. And so, as Michael Kors once said, the super was born: “Christy and Linda and Cindy and Naomi are movie stars. They’re the pin-up girls of the Nineties.” With Amazonian limbs and flawless faces, they became known by their first names only – and it was Gianni Versace who would pay the most to have them all walk his runway together. Back then, editorial models and runway models were each considered to have their own specialities, and so were confined to a specific field - but Gianni realised the power these women held and commissioned them for print campaigns and fashion shows alike. 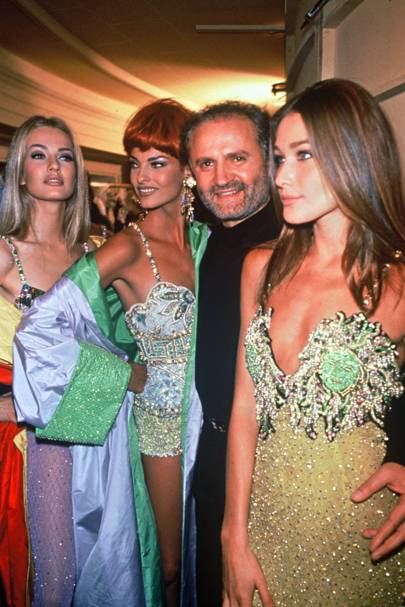 In March 1991, Linda, Christy, Naomi and Cindy took to his stage, lip-synching to George Michael’s Freedom (they had all starred in the song’s video after Michael had seen them together, captured by Peter Lindbergh on the January 1990 cover of British Vogue), and it signified a major moment for the industry. “The Versace show wouldn’t have happened if we hadn’t done George Michael’s video, and George Michael would have chosen actresses to star in his video if he had not seen the Vogue cover,” Cindy Crawford told Vogue in 2016. “In the beginning those women were a revolution,” said Lindbergh. “They had balls, they had brains.” 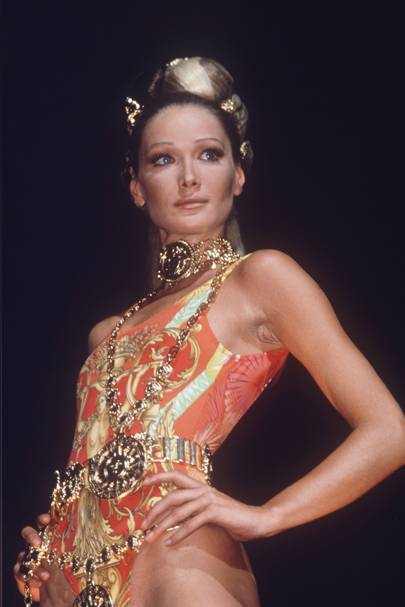 It was this sensibility that made them so well-suited for the Versace world: one which was (and remains) fabulous in the truest sense of the word. The women on those runways, in those campaigns, became part of the Versace family: a hyper-glamorous dynasty which has been upheld by Donatella, perhaps the best ambassador of such an aesthetic. With this evening's show marking 20 years since Gianni’s death, and the supers making a return to the runway in his honour, we have been duly reminded that nobody shows a super like Versace.
Posted by FASHIONmode News at 11:40 AM