Why Diversity In Fashion Is Not Just A Passing Trend

One Sunday morning in Lagos last summer, three people were on their way home from church. One was 15-year- old Janet Jumbo, a lithe 5ft 11in schoolgirl, dressed in her Sunday best–a pretty white top, embroidered with lace flowers and a diamanté clip secured in her hair.

The other two were Raphael and Queen Onyemaechi, a brother and sister who had recently set up a model agency called RAW Models. Janet soared above her friends who had gathered for church that day, and so it was that Raphael and Queen came to see her. "She had the height, she had the look and, most importantly, when we started chatting to her on the street, we quickly realized she had the personality," says Raphael. "It felt like God connected us to her."

Janet, who is the eldest of three sisters, had been brought up by her mother. The family had struggled financially after her father left, refusing to pay maintenance on the grounds that his wife hadn’t given him a son. That Sunday, Raphael and Queen went to see Janet’s family and outlined the path they saw for her.

Though her uncles and aunts were skeptical about allowing her into the unknown world of fashion modeling, Janet and her mother were more open. "That was all the validation we needed," says Raphael. "So we sent her photos to IMG [which represents some of the biggest models in the world, including Kate Moss and Bella Hadid]. They loved her, and sent back a worldwide contract."

A few weeks later, Janet left Nigeria for the first time and flew to London for a casting with Louis Vuitton. She was booked exclusively for the year. Having spent her childhood catwalking around the house trying to imitate her role model, Naomi Campbell, Janet’s dreams came true when, earlier this year, she became the first Nigerian girl to walk for Louis Vuitton. "Janet was just one of the girls walking in the street," Queen says. "Now she’s a millionaire, by Nigerian standards."

Now 16, Janet has swapped her lace flowers and hair slides for black bomber jackets, Nike trainers and sunglasses. Her Instagram posts show her posing in front of the Champs-Élysées and the Eiffel Tower at Paris Fashion Week, and on the beach in Spain working with commercial clients, such as Zara. ‘I am supporting my mum and my little sisters, and I can pay for my college fees. My whole town is so proud of me!’ she explains.

Where once such stories would come from Russia and Eastern Europe–Natalia Vodianova, the child street vendor who went on to become a supermodel is one such example–it is now the African market that is opening up.

The increasing demand for greater representation on the catwalk and in fashion campaigns has made modeling a much more realistic dream for girls in African countries. Back in 2003, when Victoria’s Secret model Ajuma Nasenyana was scouted in Kenya, there were only a handful of African girls who had ‘made it’ internationally.

"Alek Wek from South Sudan, Liya Kebede from Ethiopia and Yasmin Warsame from Somalia–only a few big names,’ recalls Nasenyana, who now runs model agency Ajuma Limited in Nairobi.‘Things have improved a lot since then, which is good news for every girl of color."

It was seen most clearly at the AW19 shows, where 38.8% of models who walked in New York, London, Paris and Milan were of color–almost double that of SS15. What’s more, two in every five models in advertising campaigns were also people of color that season, with campaigns such as Missoni starring Adut Akech, and Tom Ford featuring Anok Yai–both of South Sudanese descent. Such was the change that Tim Blanks, editor-at-large of The Business of Fashion, described it as ‘the season of the black model’. 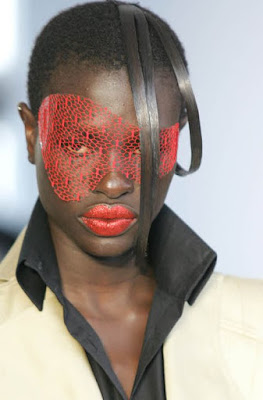 But behind the apparent shift in representation, there are complex human issues behind the scenes. "Diversity is not just about putting a famous black model who has a US passport on a magazine cover; it’s about deeper change," explains Ingrid Tamborin, who has worked in fashion and development across Africa for the past decade, and is the mother agent of South Sudanese model Shanelle Nyasiase, who walked for Alexander McQueen, Dries Van Noten and Versace at the SS20 shows.

"It’s not enough to just talk about 'diversity' and 'inclusivity'; if you really want to support the African market, you have to understand visas," says Tamborin. "We mother agencies working across Africa spend 9O% of our time on visas."

All models have a mother agent, such as Tamborin or RAW Models. Their role is to negotiate on their model’s behalf, introducing them to agencies around the world who can get them work outside of their home countries, which, if you have a passport from an African nation, is difficult.

"When Shanelle was starting out [in AW17], the strong girls [all of South Sudanese descent, but born and raised in various countries] were Anok Yai, Adut Akech and Shanelle," says Tamborin.

"What people don’t know is that Shanelle has a passport from an African country–a South Sudanese one. With this passport, we need a stamp wherever we go. For her to stay at that level with an African passport is incredible. You can lose a campaign because your US visa doesn’t come on time. Fashion is so fast, the casting director might want the girl in two days, but it’s not possible."

And this is where the role of the mother agency is vital. Beyond fighting for their client, they must ensure support for many of the models whose lifestyle and life experience will change overnight.

In the 2000s, the vogue for Eastern Bloc supermodels meant hundreds of girls, who had previously lived under communist regime, were suddenly catapulted into the rarefied worlds of luxury, stalking the catwalks in outfits worth more than the average Eastern European family would make in a year.

For many African models–though not all–the issues are similarly complex, requiring careful management. Many girls have never crossed a border, and many more come from an Islamic background, which requires careful respect for their religion’s strictures on the catwalk.

"I wanted to be sure they weren’t just being dropped after one season. I wanted to help grow their careers and advise them on what was expected at castings," says Tamborin of the reasons she eventually became a full-time mother agent, after meeting Shanelle.

Her friend Elizabeth Isiorho founded Lagos-based Beth Model Management, which is one of the largest agencies on the continent. It has discovered some of the decade’s most internationally successful African models, including Mayowa Nicholas, who was scouted in a hair salon in Lagos and went on to become the first Nigerian to star in Calvin Klein and Saint Laurent campaigns. While Mayowa is now signed to Elite internationally, her mother agent remains Beth Models, ensuring the bridge between the continents remains intact. 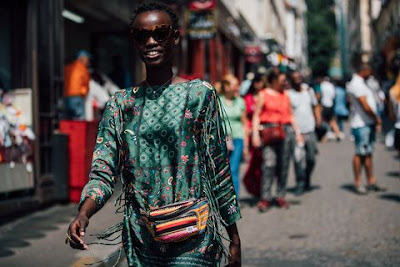 Isiorho feels the same sense of responsibility towards her models as Tamborin. "I treat them like my daughters," she says. In addition to sorting out their visas, Isiorho and her team of 30 scouts train their future stars in catwalking, communicating with clients and how to take care of themselves.

"I make sure they catch their flights, that they have their toiletries, everything they need. It’s different when a model is in Europe–they’re more aware of what’s expected, but in Africa, a lot of models don’t understand. They think it’s like the glamorous TV shows they watch. Sometimes when we do fashion weeks in Lagos, they’re a bit too laid-back, they’re tired from one show, and I say "Girl! You need to be ready for the world out there!'"

While the rate of success stories is increasing, models still face challenges that show how far there is to go. Ololade Ibrahim is another of RAW’s success stories, signed to Select in London and URBN Models in Milan. She has worked for Issey Miyake, Giorgio Armani and Victoria Beckham, but the road hasn’t always been smooth. "I’ve been discriminated against by casting directors many times because of my race," she tells me. "I’ve been treated like I’m not enough and made to feel that all black models have the same look, so I’m not special. It’s not right."

Ololade’s experiences warn of the dangers of commodifying ethnicity in modeling. This happened with the influx of Eastern European models when, after the collapse of the Soviet Union, many moved West to find work.

As fashion writer Bella Gladman explains: "Modeling is often considered a ticket to prosperity and the Eastern European migration wave presented an influx of tall, thin, high-cheek-boned young women to modeling agencies and scouts. This was a field day for model agents and also had the effect of contributing to the conception of models as “disposable”: the sheer supply of models meant that wages went down, and agencies weren’t required to invest so much time, energy, money or resources into caring for and developing their models–they could easily be replaced."

Many of the top girls of the moment are South Sudanese, Ethiopian and Nigerian–nationalities whose young populations tend to have the height and build that fashion houses desire.

You could say these nationalities are the current ‘trend’ in African casting, like the Eastern Bloc girls before them–a fad that could pass in fashion’s exhausting quest for the new and the next. This is something that Kerby Jean-Raymond–the US designer behind Pyer Moss–recently pointed out, by suggesting that the concept of inclusion has become a cynical trend for some. The job of the mother agent, therefore, is to ensure that their models do not end up as part of a vogue for diversity, but rather are celebrated for their individual talents, engendering long careers.

With mother agents like Tamborin, Isiorho and Queen–who have made it their life’s work to support these girls’ careers and the wider African industry–there’s every reason to believe it’s a lasting change.

Both Tamborin and Isiorho are seeing the market open up all over Africa. "In the fashion industry, with new faces, you follow a trend, so I don’t know if next season you’ll still have as many South Sudanese faces," says Tamborin. "But the market of the whole continent is opening up–for example, some great faces from Rwanda are coming through, which hasn’t happened much before. Models from African countries are not a trend–it’s happening because it’s time for the continent, across many sectors, not just the fashion industry."

Meanwhile, when we speak, Isiorho is gearing up to host the first African Elite Model Look, where models from all over the continent–Rwanda, Kenya, Uganda, the Democratic Republic of the Congo, Ghana–are travelling to Lagos in the hope of becoming international stars.

This was the competition that found Cindy Crawford, Gisele Bündchen and Lara Stone. As Nyasiase, Nicholas and Jumbo are busy proving, African supermodels have arrived, and are here to stay.

Posted by FASHIONmode News at 9:59 AM