Since it burst onto the scene almost two decades ago, Fashion East has established a reputation for defying the norm. Its latest move? The talent incubator – founded by Lulu Kennedy in 2000 – has announced plans to combine its womenswear and menswear shows into one for the first time. From autumn/winter 2020, the new-look showcase will take place during London Fashion Week in February and September each year.

Having fostered breakout talents such as Simone Rocha, Supriya Lele and Marques’ Almeida, the team is keen to stay attuned to the needs of up-and-coming names – and to give the 2020 audience what it wants. “At Fashion East, we’ve never been concerned with standard gender rules on the catwalk, so it is natural for us and the progressive designers we support to make this format switch up at the start of our 20th year,” Kennedy told British Vogue. 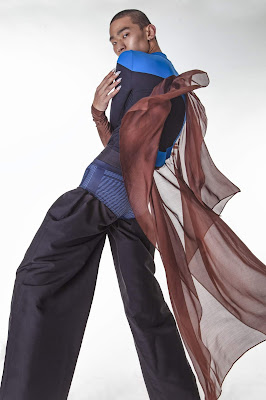 The designer line-up for autumn/winter 2020 Fashion East, in association with Nike, has also been unveiled. First up: Romania-born, London-based designer Ancuta Sarca, who is already building a following on Instagram thanks to her imaginative, upcycled kitten heels. Then South Korean newcomer Goom Heo – a Central Saint Martins graduate and menswear designer – has been welcomed into the fold. Next, Nensi Dojaka, an Albanian womenswear designer who turned heads during her MA show at London Fashion Week. And finally, two returning talents: experimental menswear and womenswear designer Gareth Wrighton, and menswear designer and choreographer Saul Nash. “This group of designers perfectly represents the talent, freedom and community we are so proud to work with,” said Kennedy.

Due to celebrate its 20th anniversary in 2020, Fashion East continues to support recipient designers with financial bursaries, mentoring and business consultation.