Her decades-spanning career and impact as a supermodel surely defies labels, but now Naomi Campbell will be officially recognised by the industry, when she receives the Fashion Icon Award from the Council of Fashion Designers of America.

“It is truly an honour to be recognised by the CFDA with this year’s Fashion Icon Award,” said Campbell. “Being from London, my personal style has always been tremendously influenced by both the dynamic, ever-changing nature of street culture and the music scene. I grew up in this industry and I’m forever grateful to the iconic American fashion designers who have supported me and celebrated me throughout my career.” 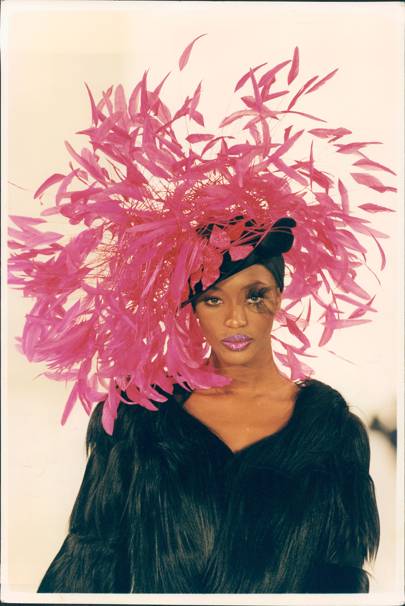 The Vogue contributing editor will join editor-in-chief Edward Enninful, who will receive the Media Award in honour of Eugenia Sheppard, at the June 4 ceremony held at the Brooklyn Museum and presented by Issa Rae.

Fellow award winner Diane von Furstenberg, who will take home the Swarovski Award for Positive Change, summed up Campbell aptly when she heard the news: “From enfant prodigy to goddess of fashion, Naomi represents beauty, activism, and joie de vivre.”

Other honourees include Carolina Herrera, who will be presented with the Founder’s Award in honour of Eleanor Lambert; Narciso Rodriguez, who will receive the Geoffrey Beene Lifetime Achievement Award; and Donatella Versace, who will be recognised in the International Award category. The winners of the other categories, such as Menswear and Womenswear Designers of the Year, will be announced on the evening itself.

Posted by FASHIONmode News at 3:45 PM