LVMH has announced this morning that it is to integrate the entire Christian Dior label into the luxury group. The news may seem confusing to many – who believed the French conglomerate already controlled Dior along with fellow design houses including Céline, Givenchy and Fendi – but in actual fact Christian Dior SE is the main holding company of LVMH, which in turn controls the other brands.

Any confusion is forgivable since Bernard Arnault, the chairman and chief executive of LVMH, is also the chairman and majority shareholder of Dior. As well as streamlining the business and simplifying its structure for the market’s benefit, the move will also allow "the strengthening of LVMH's fashion and leather goods division thanks to the acquisition of Christian Dior Couture, one of the most iconic brands worldwide", Arnault explained.Maria Grazia Chiuri On Dior 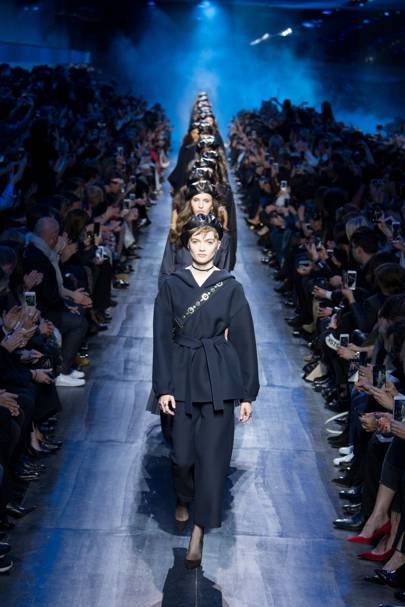 The €13 billion deal will be made through "a simplified public offer by the Arnault family group for Christian Dior shares — that it does not currently hold — and take form of a primary offer consisting of €172 per share in cash and 0.192 Hermès International shares for each Christian Dior share, and would be completed by two secondary offers, in cash and in Hermès shares respectively", LVMH said in a statement, reports the BoF.

The brand expects the deal - which will unite Christian Dior make-up and perfume, haute couture, leather, men’s and women's ready-to-wear and shoes businesses under one roof - to reach completion at the end of May or early June.

Posted by FASHIONmode News at 3:40 PM