Why The British High Street Is A Mixed Bag Right Now

The British high street is emerging as a tale of two stories this morning as Debenhams has revealed its intentions to review whether 10 of its 176 UK stores should remain open as a part of its turnaround strategy, while Primark has announced that it aims to open 29 more stores in the current fiscal year, predominantly outside the UK, as it reported better-than-expected results.

For Debenhams, the move comes as a part of the "Fix The Basics" plan introduced by CEO Sergio Bucher when he joined the company last year, reports Sky News. It is currently consulting on whether its Northamptonshire distribution centre and 10 smaller in-house warehouses could also close, although it is hopeful that around 2,000 members of staff will be able to be redeployed to "customer-facing roles". The British high-street favourite hopes to make its shopping experience more of an omni-channel one, after seeing its revenues from mobile shopping increase by 64 per cent.

"Our customers are changing the way they shop and we are changing too," said Bucher. "Shopping with Debenhams should be effortless, reliable and fun, whichever channel our customers use... We will be a destination for 'social shopping' with mobile the unifying platform for interacting with our customers."

Primark's expansion plan, on the other hand, sees the Ireland-based retailer rely on its stores alone to raise revenues, having tripled its floorspace to 13 million-square feet in the last 10 years, reports the BoF. “There’s a very viable strategy without trading online,” CEO of AB Foods (which owns Primark) George Weston said yesterday. “The best value is to be found on the high street, not online." 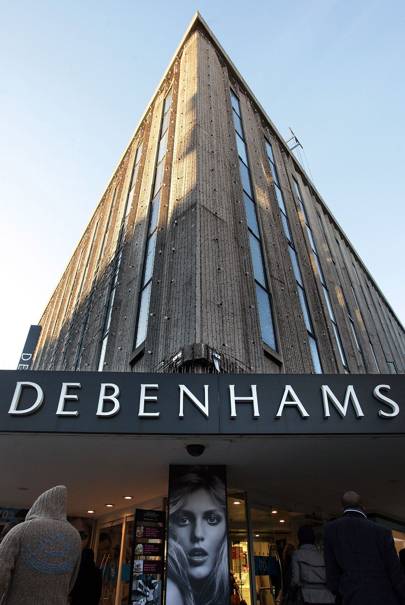 Both announcements come in a month that has been a mixed bag for the British high street which has been forced to reflect on its operational strategies over the last five years, and especially since the result of the European Union Referendum last year put increased pressure on the pound.

On April 10, Jaeger announced that it was entering administration, putting 700 jobs at risk in the UK, across its 46 stores, 63 concessions, London head office and logistics centre in Kings Lynn; this week, House of Fraser announced plans to revamp its shops into a "lifestyle-led experience", setting out a strategy to introduce more restaurants and bars to its flagship shops; while yesterday, The Guardian reported that CEO Simon Wolfson had missed out on his annual bonus for the first time in 18 years "amid tough times" as customers' spending habits change and retail rivals up their game when it comes to online experience.

Posted by FASHIONmode News at 3:25 PM