After 26 years at J Crew, Jenna Lyons is to depart her role as creative director and president, Business of Fashion reports.

Speaking of her time rising through the ranks at the US retailer, Lyons said: "It has been beyond my wildest dreams to work with such an amazing team of people at such an incredible brand and alongside Mickey — one of retail’s most talented visionaries... I am excited about the next chapter for J Crew as well as the opportunity for other creative leaders within the organisation to step up and take on new responsibilities.”

Millard "Mickey" Drexler, J Crew chief executive, said that the decision for Lyons's departure came after the pair "agreed it was time for a change," with no hard feelings being held. 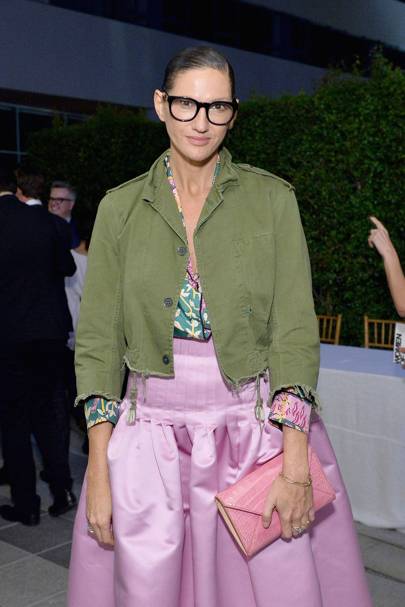 Lyons joined the company in 1990 became president in 2010, said that her departure offered "other creative leaders within the organisation to step up and take on new responsibilities. Having spent the better part of my life with J Crew, I feel an immense pride and love for everyone at the company.”

With Lyons at the helm J Crew has amassed a huge influence on the market, impacting wardrobes in its native America and overseas. Reinvigorating classic preppy Americana pieces with sprightly colours and rich embellishment, Lyons created a signature style that felt as at home in the White House (Michelle Obama was often seen in a J Crew design) as it did in the homes of everyday Americans. With few wearing the styles better than Lyons herself. It is yet to be announced where Lyons's next venture lies.

Posted by FASHIONmode News at 2:24 PM