LVMH has once again been accused of planning a "secret" takeover of Hermes. French marketing authority AMF released a 115-page report suggesting that the luxury conglomerate had been quietly building its stake in the label for many years under different aliases - despite claims to the contrary.

Details from the report were published in a front-page article in French newspaper Le Monde this weekend, entitled "LVMH's very secret plan". The article included the revelation that LVMH allegedly began investing in Hermes back in 2001 via various subsidiaries under the code name "Mercure", with small accumulations lower than the amount that is required to be declared by a public company, reportsWWD. The news is in stark contrast to LVMH's claim that the acquisition was "unexpected" and "not planned". 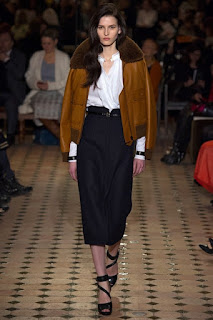 The two brands are currently in the middle of a lengthy legal battle over LVMH's controversial 22.6 per cent stake in Hermès, with the latter accusing the former of manipulating stock prices and unfair insider trading. LVMH responded by filing a lawsuit in return against Hermès, complaining of false allegations and blackmail.

The conglomerate surprised the industry by first announcing a 17.1 per cent stake in the rival company in October 2010, which was then increased to 22.3 per cent in December 2011. Fearing a complete takeover, the family-run company questioned LVMH's tactics and branded the move "an attack". LVMH is now the second-biggest stakeholder in Hermès International.

In April, LVMH boss Bernard Arnault spoke out  to defend the acquisition, insisting that his intentions were "friendly" and denying any planned takeover of the label.

"We have no intention at all of increasing our stake to play a role in this company," said Arnault. "We want instead to be friendly supporters of one of France's finest companies - and that's all."