All Saints On Screen

All Saints  has launched a film production division. AllSaints Film will deliver several products a year, exploring everything "from music, style and street documentaries to cutting-edge moving image installations".

The company will commission young innovative filmmakers as well as producing its own in-house content - under the supervision of AllSaints creative director Wil Beedle.

"So much of what we value at AllSaints is best conveyed through moving image - the attitude of bands, creative disruption, or simply the evolution of AllSaints as a brand. To want to share these elements is the most natural thing," Beedle told us. "Having a fully operational film division allows us to commission and create in-house exclusive content that can be quickly, broadly and nimbly shared with our ever-growing global community. As a brand that prefers ongoing digital communications to, say, seasonal print campaigns, we feel that film truly is the medium of our times." 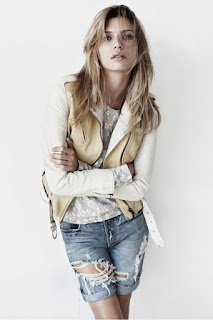 The division won't be limited to fashion-focused films: it'sfirst release is New Music City, a film about the emerging Nashville music scene, focusing on the Kings Of Leons´ independent record label, Serpents and Snakes. The documentary features interviews with the band and live performances from this year's SXSW festival.

"Kings of Leon and their record label Serpents and Snakes operate from the other side of the world to our home of Spitalfields, yet their spirit and attitude are things we see in ourselves," explained Beedle.

New Music City - produced by SomeSuch & Co - will be available to view on allsaints.com from Tuesday May 21. To celebrate the launch of AllSaints Film, the brand's Earlham Street London store will be transformed into a screening room - complete with vintage seats flown in from a Nashville theatre.

Posted by FASHIONmode News at 9:47 AM