It seems as though the days of the soulful, mild-mannered sound of “make it work” are now behind us. Tim Gunn and longtime host of Project Runway Heidi Klum are departing the show after 16 seasons. Supermodel and coding extraordinaire Karlie Kloss will step in for Klum as host and executive producer, while season four winner Christian Siriano will take on Gunn’s former role, mentoring the designers in the competition. Set to premiere on Bravo next year, the show’s other new faces include Teen Vogue’s former editor-in-chief Elaine Welteroth and designer Brandon Maxwell. 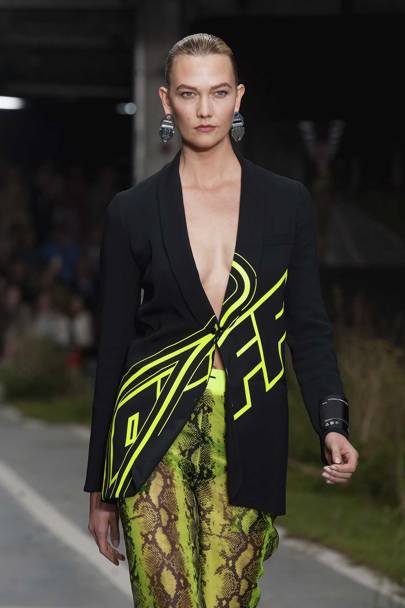 Kloss has apparently been a longtime fan of Project Runway, and said as much in a statement today. She also said that she “could not be more excited to host and produce a series that provides a platform to aspiring American designers as they pursue their creative and entrepreneurial dreams.” Empowering for young creators, yes, but will there be drama? Project Runway has always been as much about the colourful personalities that both clash and click throughout each season as it has been about the design process and growing a business. With all of the major fashion names that have signed on, plus a former contestant guiding the newbies through the process, it just might be a show to watch.